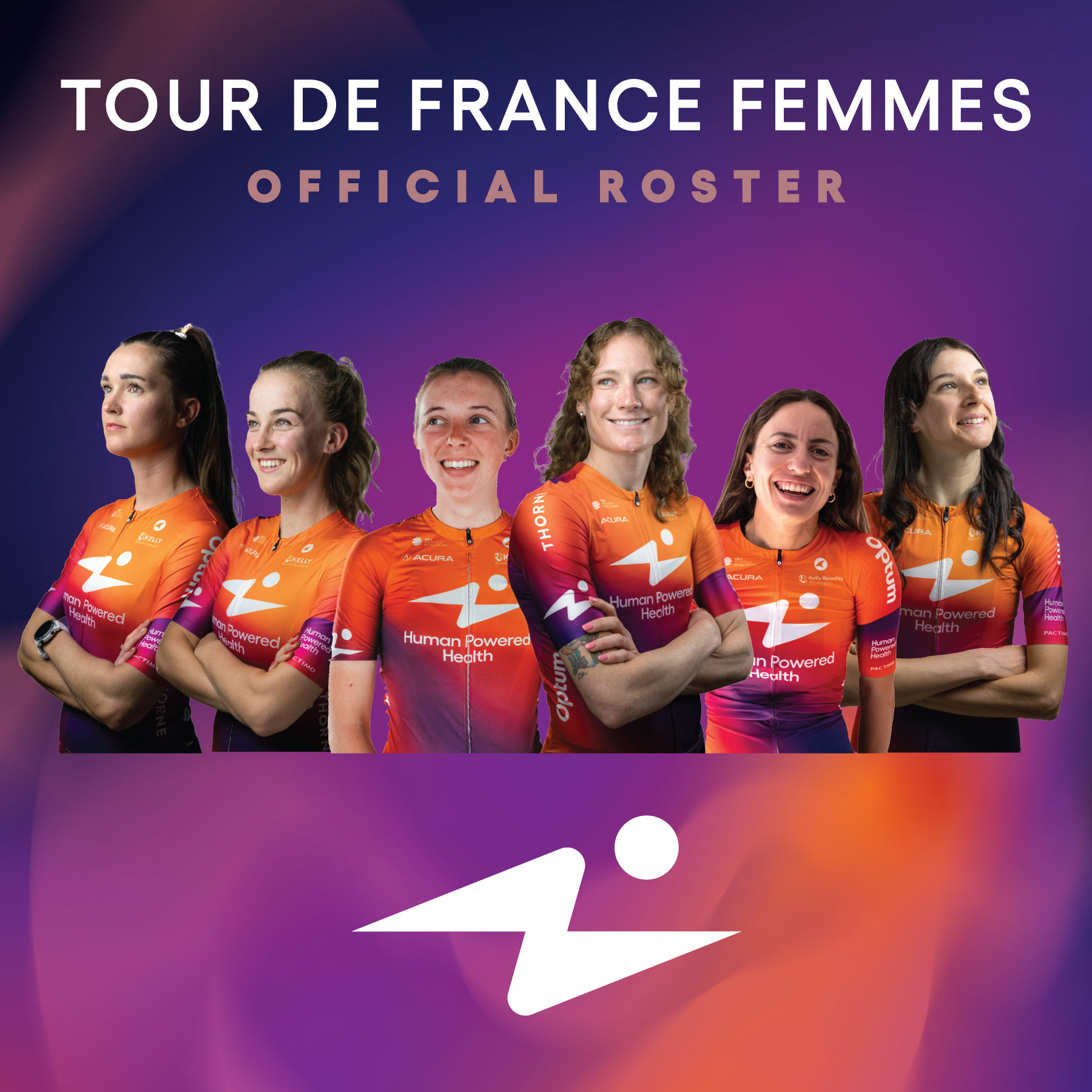 When French great Jeannie Longo stood alongside American legend Greg Lemond atop the final podium of the Tour de France in Paris in 1989, you would hardly believe at that moment it would be another 33 years before a female cyclist could truly call themselves a winner of ‘La Grande Boucle’.

But the world’s biggest race is back – and hopefully for good – in the form of the Tour de France Femmes avec Zwift. From the trailblazers of the early eighties, like the original inaugural winner, Marianne Martin, to today’s peloton, an important chapter of cycling history will be written across eight tough stages that are sure to showcase the same raw emotions, talent, strength, fragility and hard work that typifies the 109-year-old men’s race.

For a more detailed history, check out What is the Tour de France Femmes avec Zwift.

Let’s dive into our Tour de France Femmes preview and really build the hype for an epic eight days of racing. 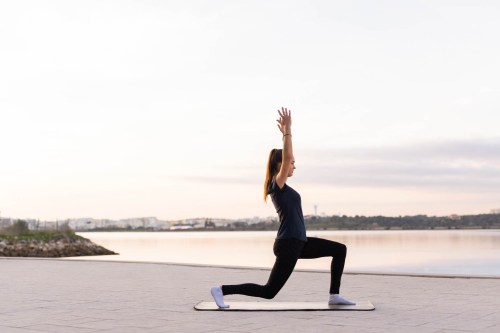 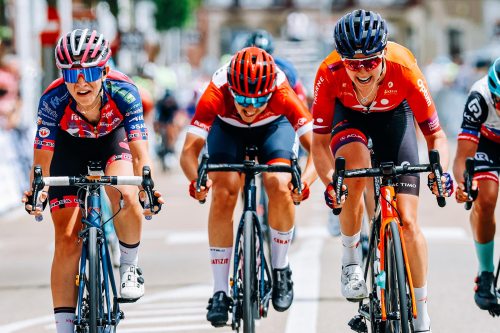 One of two Dutch riders on the roster, Nina Buijsman travels to France in peak form and will certainly be eyeing the puncheur-friendly stage three to Épernay and stage six to Rosheim. The 24-year-old’s top performance this season came in the form of her nail-biting dash to the line on stage two of the Vuelta a Burgos Feminas, where she finished second in a devastatingly close photo finish. Riding since she was eight years old, Buijsman has nurtured a love of cycling with self-motivated and intentional training and racing. Her step-by-step approach to riding leaves plenty of room for mindfulness and self-care. Setting aside time off the bike for stretching, adequate sleep, and proper nutrition through some tasty home-baked goodies gives Nina the edge to perform. 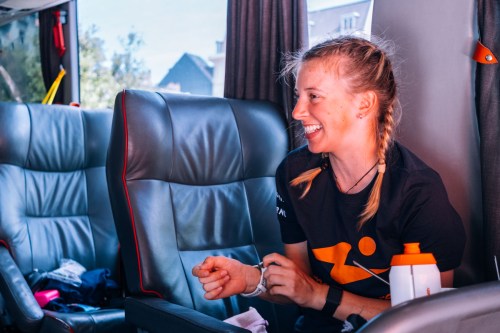 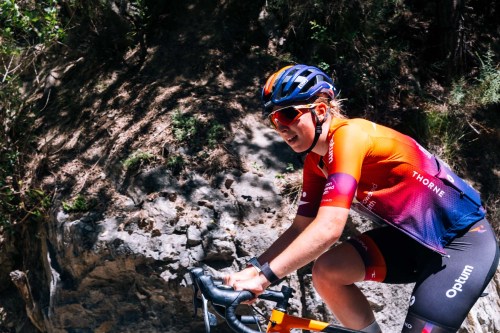 At 20 years old New Zealander Henrietta Christie is the youngest rider on the Tour de France Femmes squad, but this season she has proved her talents and commitment to hard work stretch far beyond her age. This week, the Christchurch local will fulfil a dream she has held since she was nine years old, to ride in the sport’s biggest race. Having worked tirelessly since the age of eleven to reach the European echelons of cycling, she has attributed her rise to her family, friends, nutrition and mindfulness techniques that she employs on race day. Immediately after the Tour de France Femmes, Christie will then travel to the UK to represent her country at the Commonwealth Games. 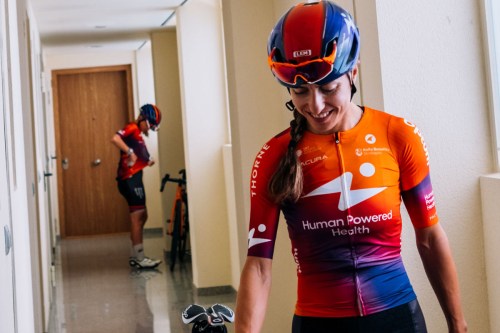 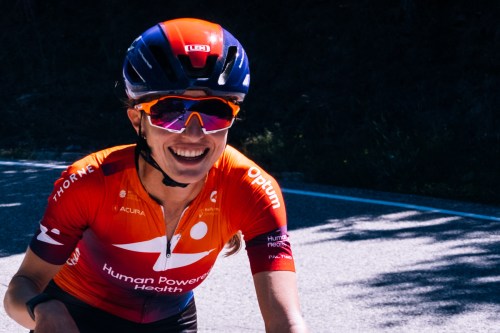 The newest rider on the roster, Cypriot champion Antri Christoforou has already integrated herself within the team and will be keen to replicate the stage racing form that saw her finish sixth on GC and fourth in the KOM standings during May’s Vuelta Ciclista Andalucia Ruta Del Sol. The first mother to race on the program in its ten-year history, Christoforou cites a well-structured regime that is built partly around caring for her seven-year-old son – and an abundance of Mediterranean staples for keeping her in race condition. The 30-year-old is particularly looking forward to the back end of the week when the peloton will tackle the sort of terrain that Christoforou thrives on, like the mountains of the Alsace and the steep gravel finish atop La Super Plance des Belles Filles. Christoforou will also head to the UK to compete at the Commonwealth Games. 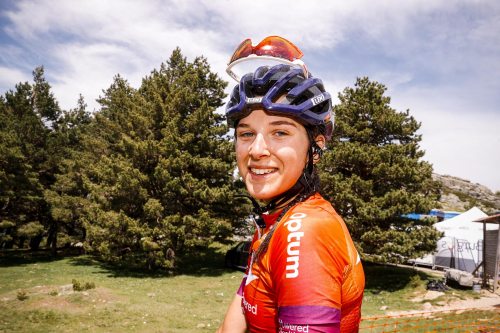 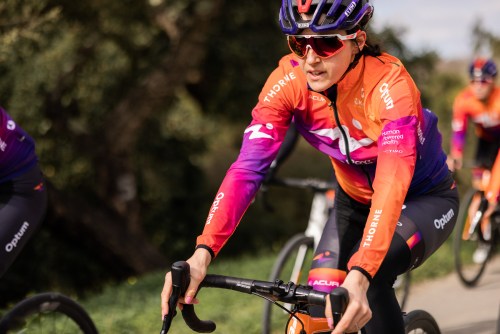 Another rider with quality climbing legs, 22-year-old Italian Barbara Malcotti is no stranger to the heights of the stages deep into the race – and she will ride in support of her teammates as well as hunting her own aspirations in the young rider’s white jersey competition. Having cycled from a young age with her father’s guidance and with childhood friends, the Dolomite native’s ascent to the Women’s WorldTour is comparable to her Italian peers and having ridden a more varied calendar than ever before in 2022, she’s ready for the test.

Malcotti spoke to bici.pro about her Tour de France Femmes aspirations and experiences making the cultural shift to an international program. Italian speakers can read the full interview here.

“It is something that shapes you, it also increases you culturally by being able to compare yourself with girls from all over the world.” 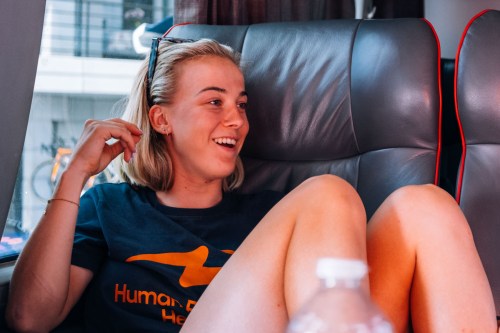 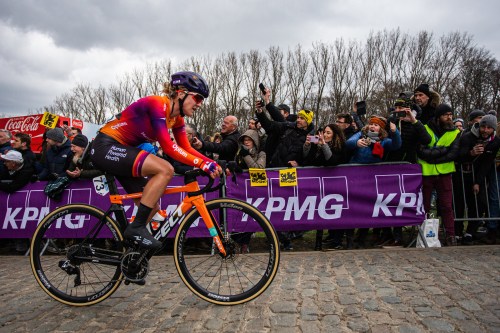 The second Dutch rider on the roster, Marit Raaijmakers heads into the race with strong performances in her national championships, Itzulia Women and the Tour of Flanders, to back up her targeting of the gravel roads stage on day four from Troyes to Bar-sur-Aube. The daughter of ex-racers, her parents encouraged her to try many sports and establish a strong athletic foundation before following in their footsteps as cyclists. Staying mentally strong is very important for Raaijmakers, and she finds taking a long hike to be as good a meditation as anything. Her long-term goals of winning a WorldTour classification and racing on the track at the Olympics keep the racing passion burning within the 23-year-old who has been at altitude in Andorra preparing for the toughest days in France. 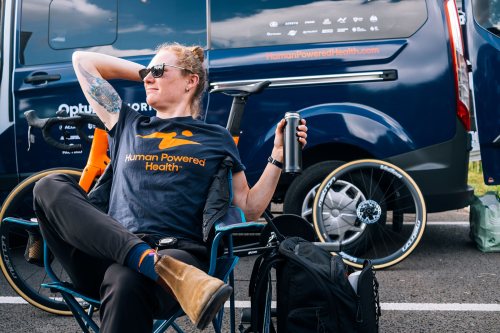 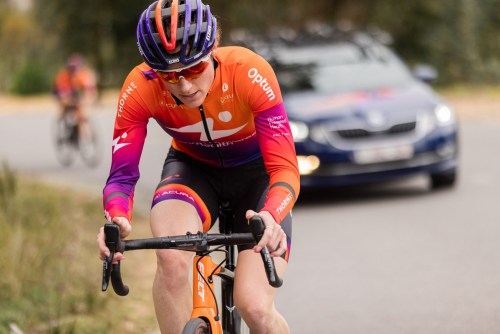 Having just extended her contract with Human Powered Health, Lily Williams will no doubt be super excited to get into the sunset colors and showcase her talents just like she already has this year at the Paris-Roubaix Femmes avec Zwift, Women’s Tour and Baloise Ladies Tour. Proving herself as a strong rouleur and breakaway rider in 2022, a varied race calendar has allowed the American to thrive and she will be a crucial road captain in the team. The Olympic bronze medallist has been a brilliant spokesperson for Human Powered Health ahead of the big event, and you can read her thoughts on the race in Northwestern Magazine and The Denver Post.

Tune in to the third hour of NBC’s Today Show from 9 am – 10 am EST on Friday, July 22, where Williams will be interviewed alongside the 1984 Tour de France Féminin champion Marianne Martin.

7/24 Stage 1 | Paris Tour Eiffel – Paris Champs-Élysées (82km) Flat
Talk about an iconic start to the race under the Eiffel Tower. Like the men’s race, stage 1 one is bound to finish in a bunch sprint but will be far less of a procession as the peloton snakes their way through Paris past some of Europe’s most beautiful sights, taking on 11 laps of the famous Champs-Élysées circuit. 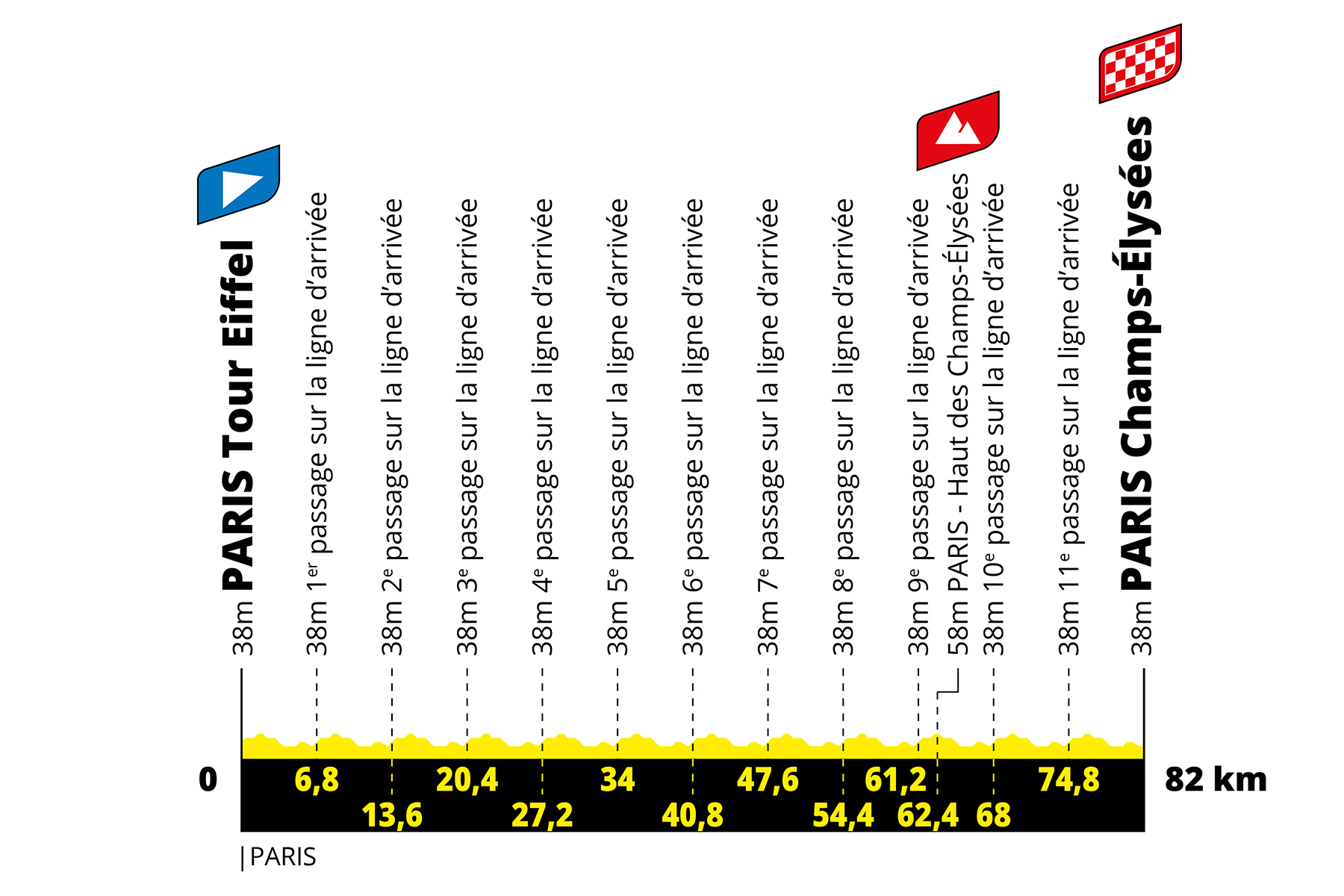 7/25 Stage 2 | Meaux – Provins (135km) Flat
Traversing the brie capital of France (the cheese not the actor Larson), stage 2 may look easy enough but it has a sting in the tail in the form of a finishing circuit with a short false-flat climb. It’s ideal for punchy sprinters. 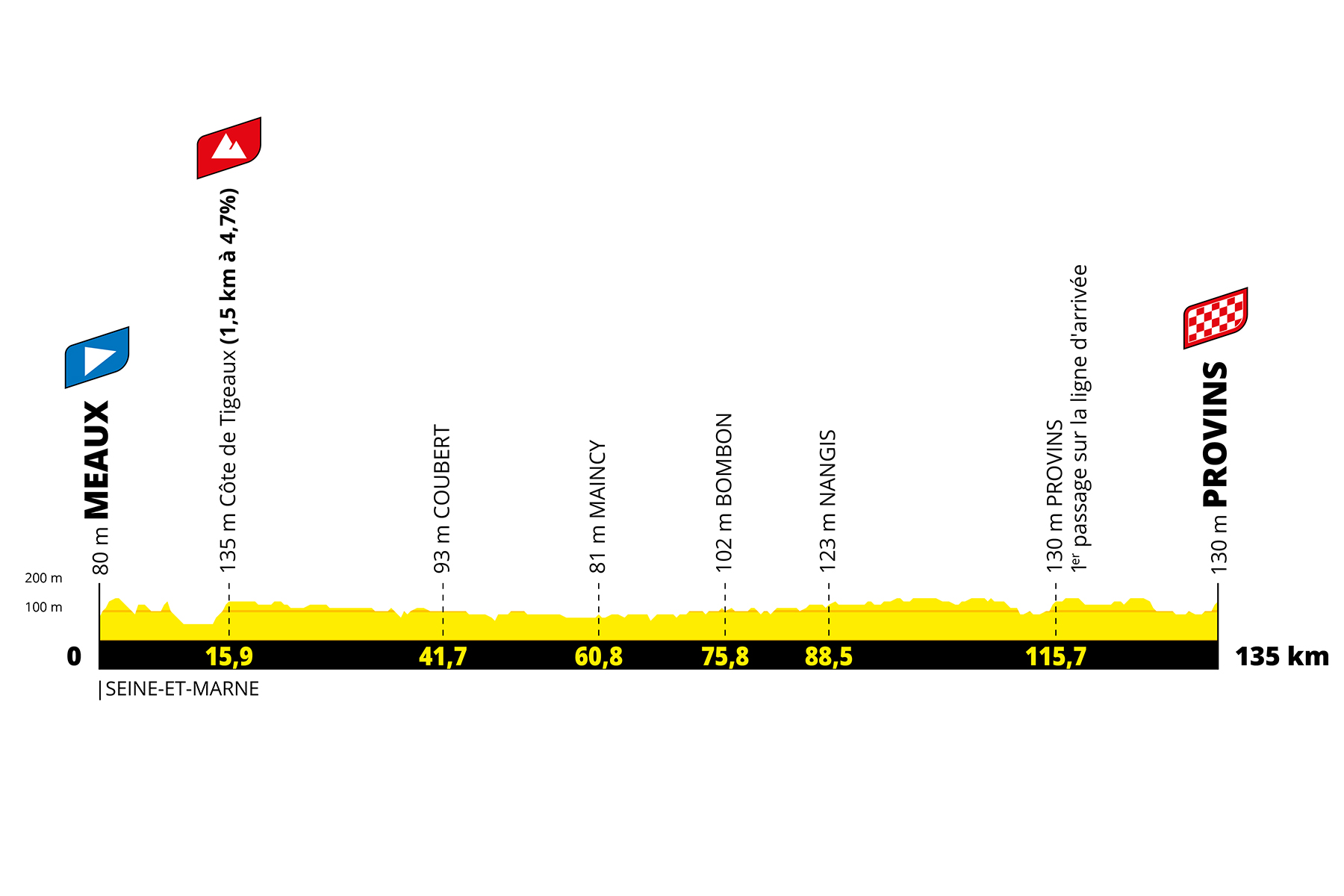 7/26 Stage 3 | Reims – Épernay (133km) Hilly
Stage 3 is a real test that follows a similar finale to that of stage 3 of the 2019 men’s tour, the succession of climbs make for a mini Ardennes classic. The route goes through the champagne region of France so whoever wins is sure to be toasting victory in the correct manner. 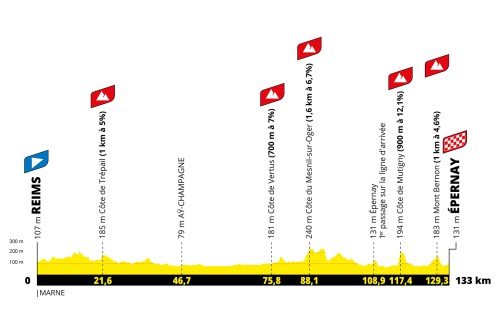 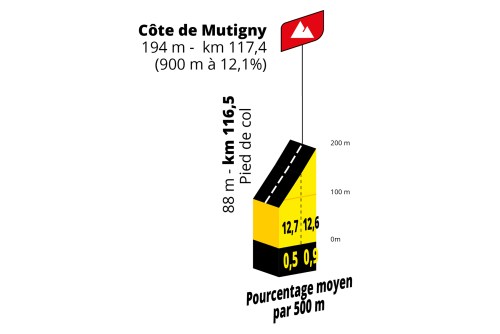 7/27 Stage 4 | Troyes – Bar-sur-Aube (126km) Hilly + gravel
The halfway stage truly brings the drama as the peloton traverses the Strade Bianche-style gravel roads through even more champagne vineyards. A rider won’t win the Tour here, but they couldn’t certainly lose it. 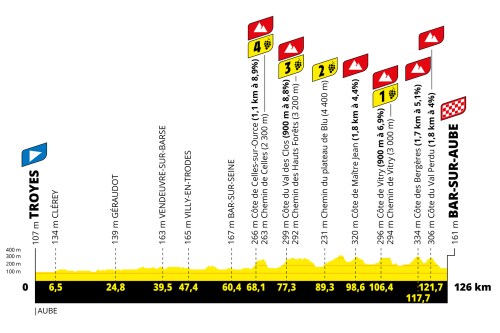 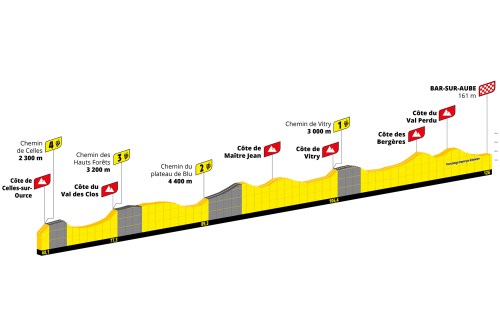 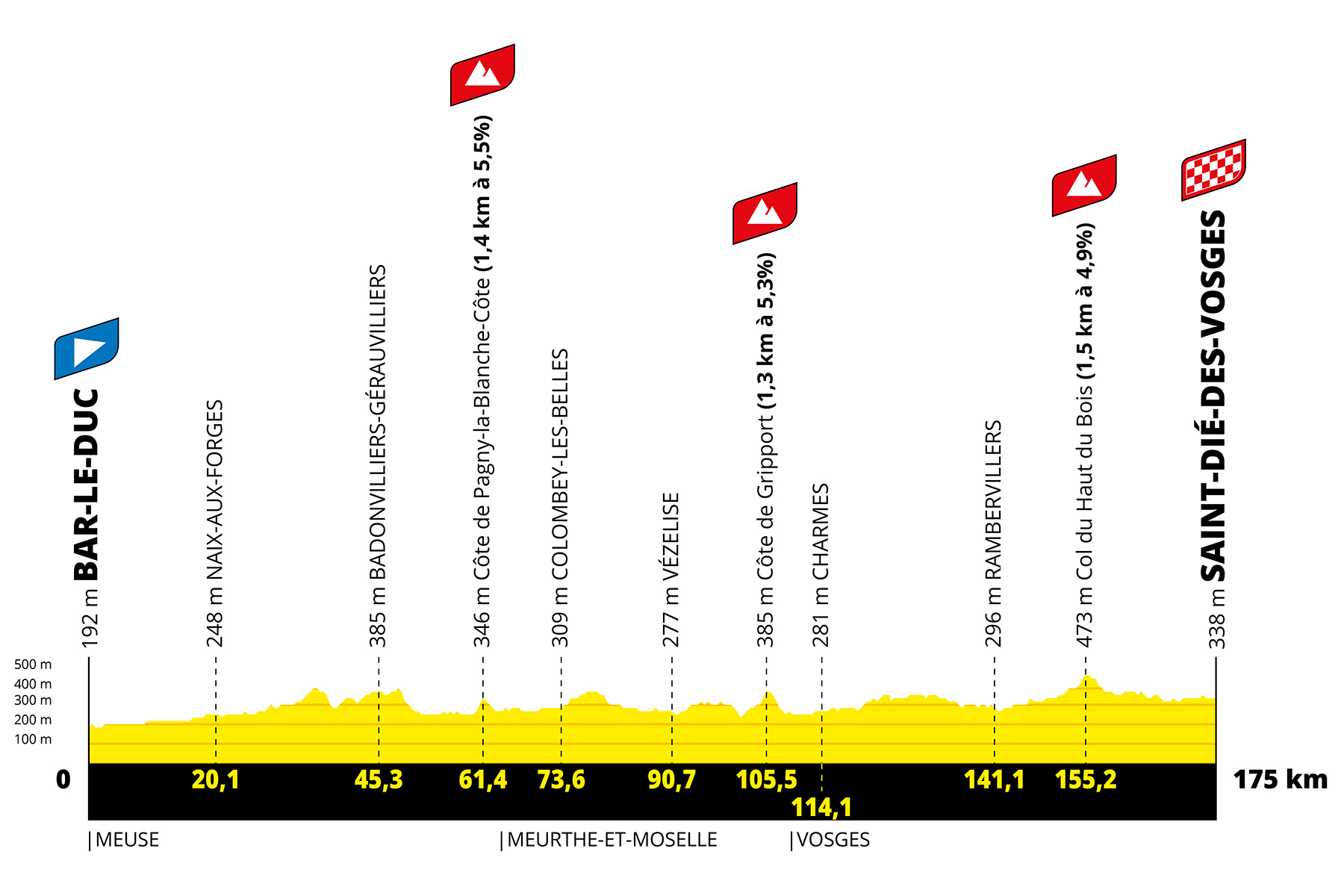 7/29 Stage 6 | Saint-Dié-des-Vosges – Rosheim (128km) Hilly
A stage in which opportunist riders will have their eyes on, day sixes parcours will encourage a breakaway before an explosive mountainous finale to the race. 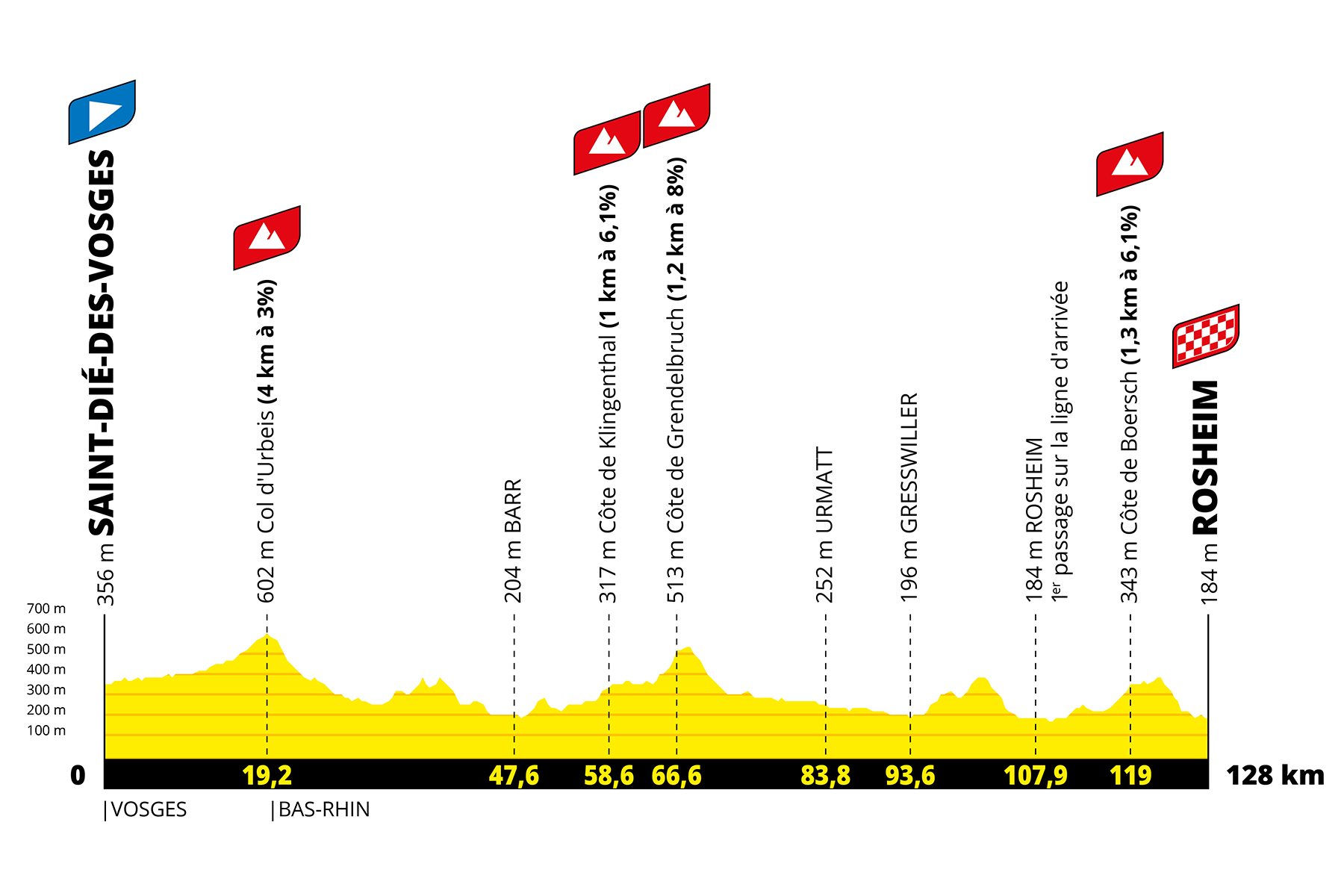 7/30 Stage 7 | Sélestat – Le Markstein (127km) Mountainous
The Tour heads for the Alsace mountains to take on a trio of challenging climbs that include Petit Ballon (9.3km at 8.1%), the Col du Platzerwasel (7.1km at 8.3%) and the mighty Grand Ballon (13.5km at 6.7%) before the swift run-in to Le Markstein. Certainly a day for the strongest climbers in the peloton. 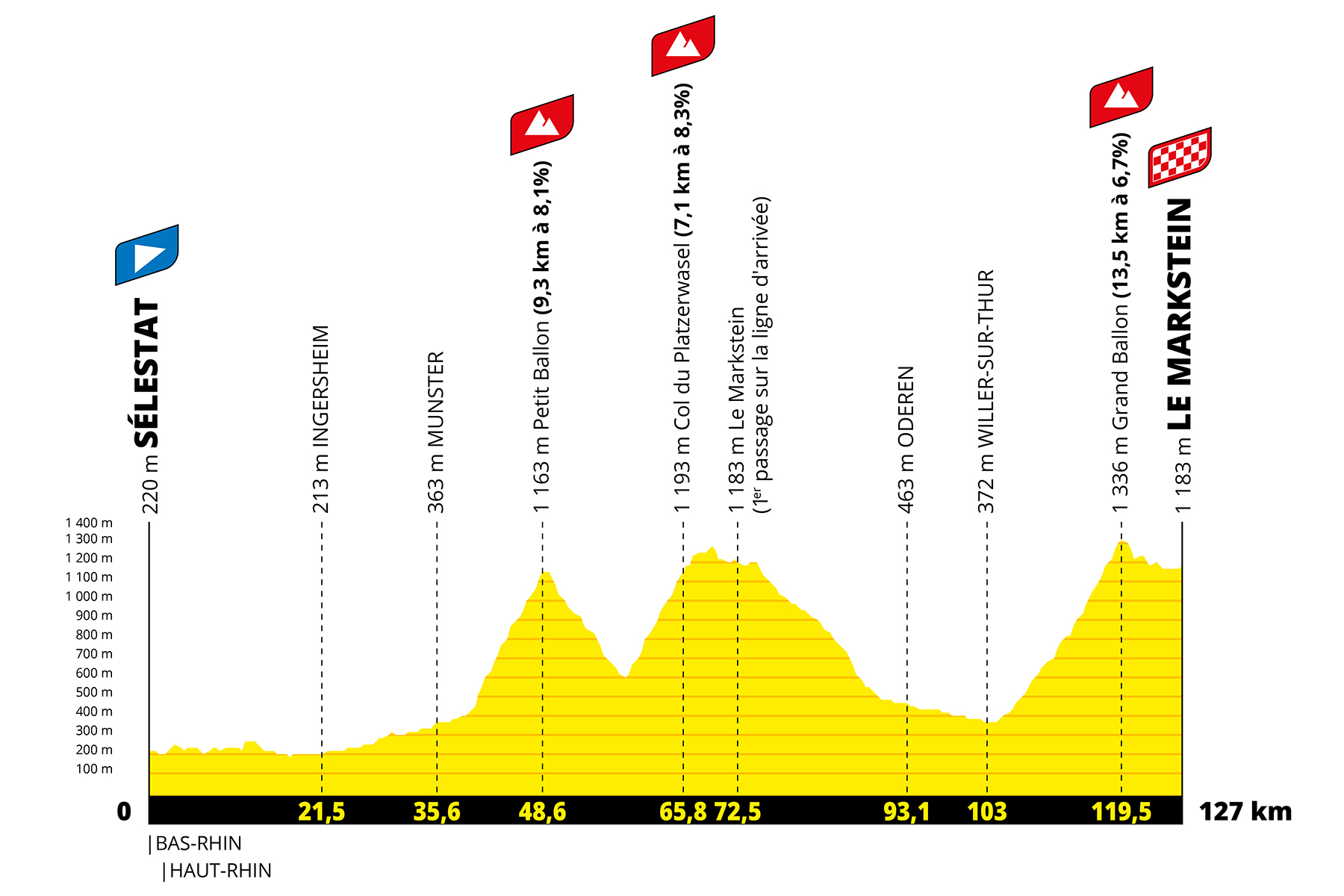 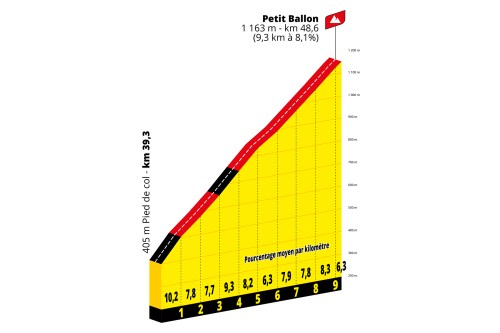 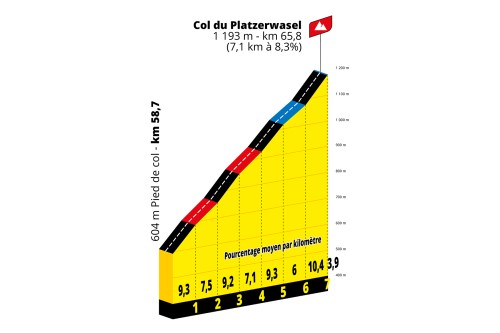 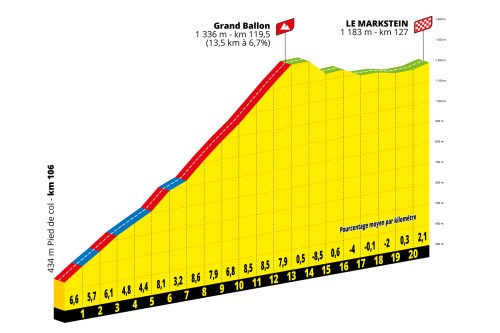 7/31 Stage 8 | Lure – La Super Planche des Belles Filles (123km) Mountainous
If the beginning of the Tour was iconic, the end is nothing but epic on the gravel slopes of the incredibly steep La Super Planche des Belles Filles with its final gravel ramp. A modern-day classic, this climb and its 24% finish line will write another piece of cycling history. 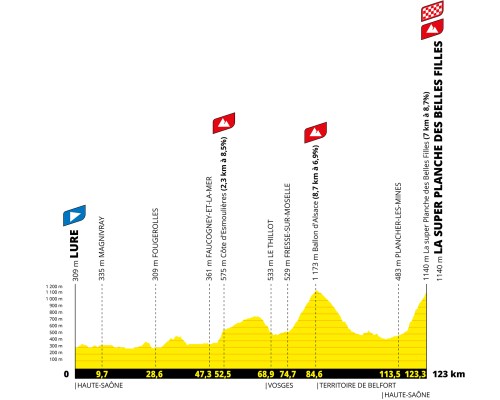 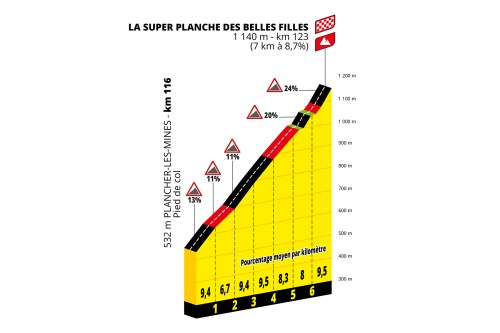 How to watch the Tour de France Femmes

The Tour de France Femmes will be beamed around the world to 170 different countries. In the United States, you can watch the racing live through one of CNBC’s cable channels (check your local broadcast schedule) or stream through the Peacock app which will allow you to watch the broadcast during and after the race.

This is a particularly useful feature as most stages will be getting going around 7 am CST.

FloBikes will host images in Canada and GCN+ / Eurosport Player will carry fans through the Tour in Europe.

Better still, we will also be on the ground in France bringing you wall-to-wall coverage of the racers through our social media accounts. Make sure to never miss a pedal stroke. 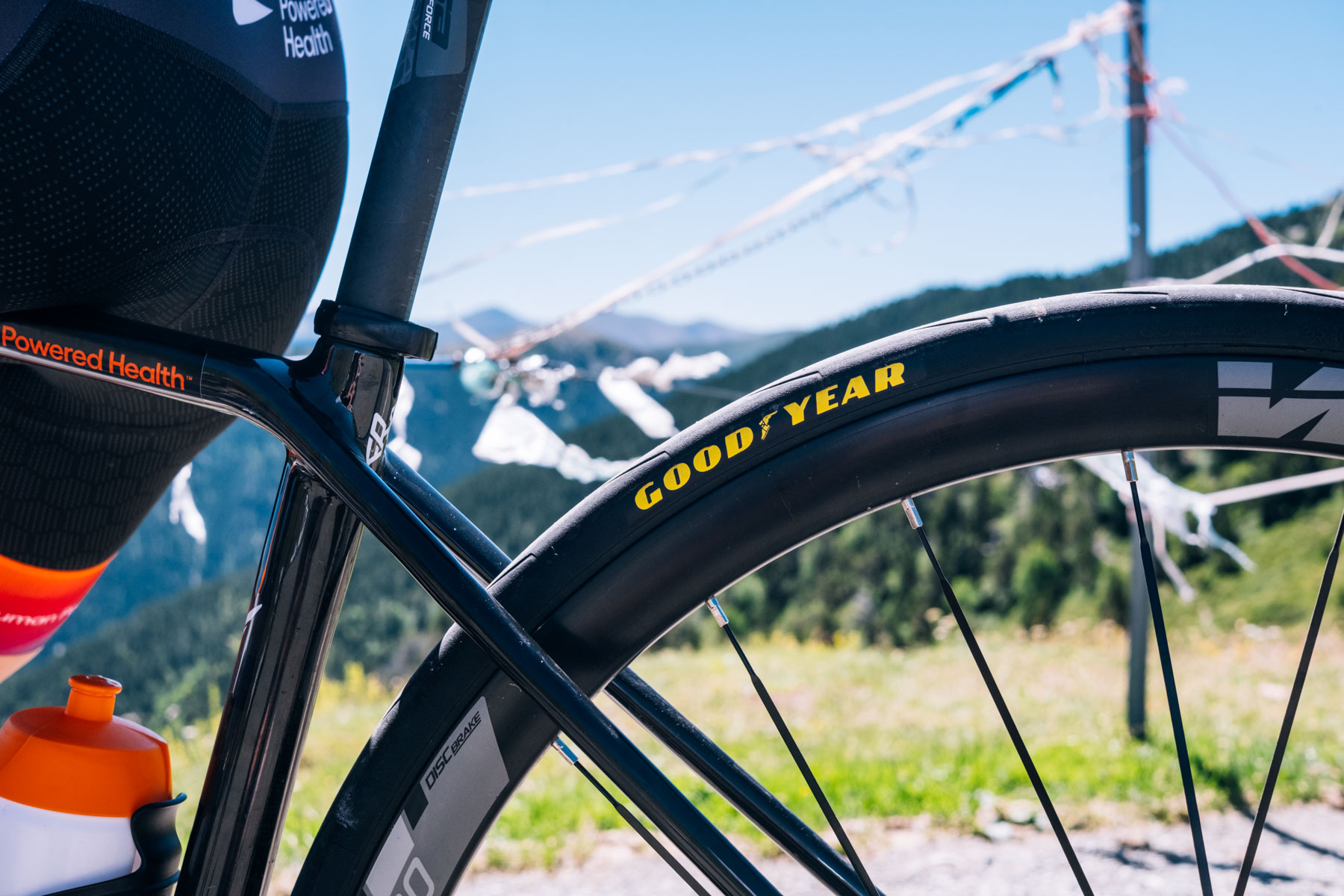 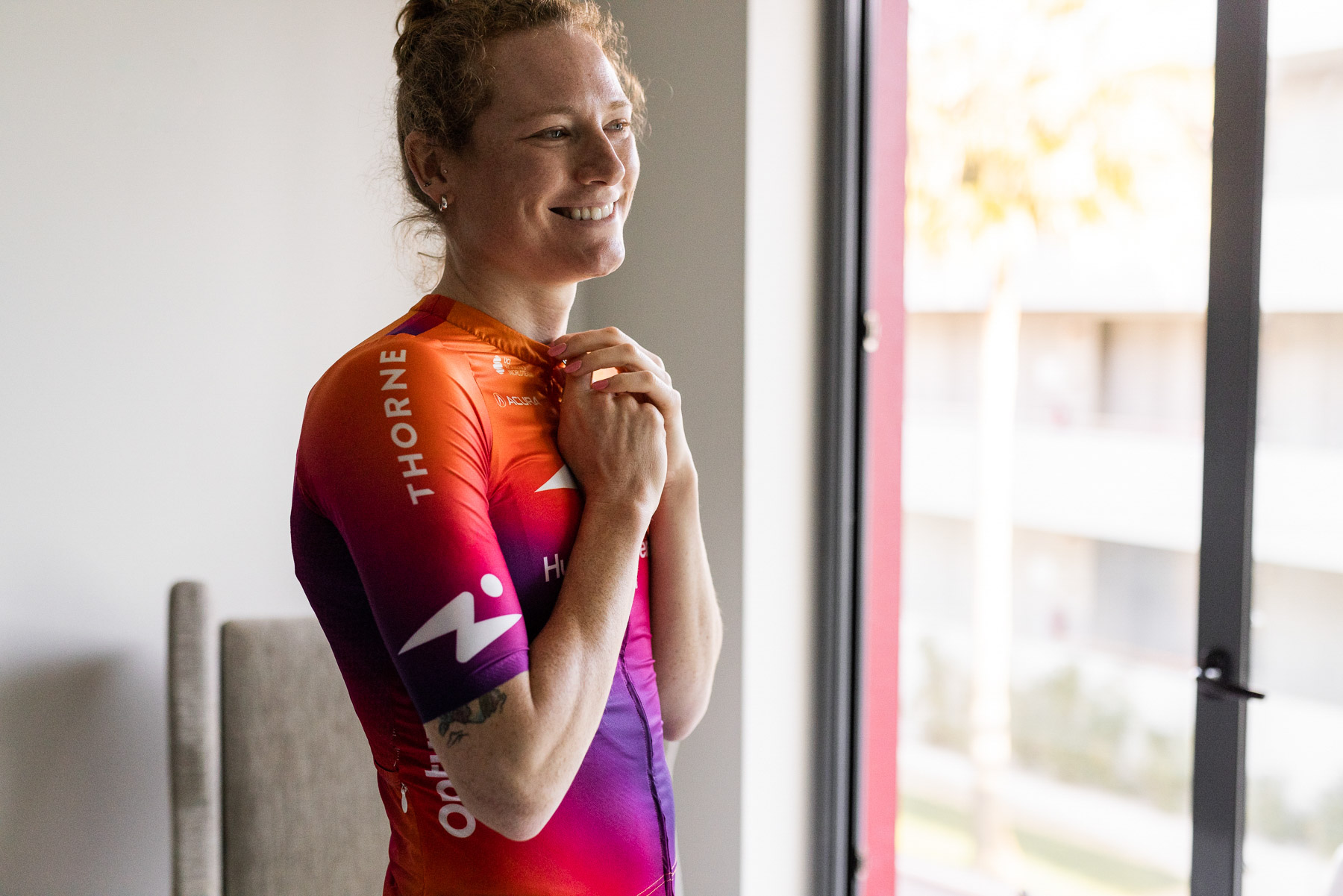