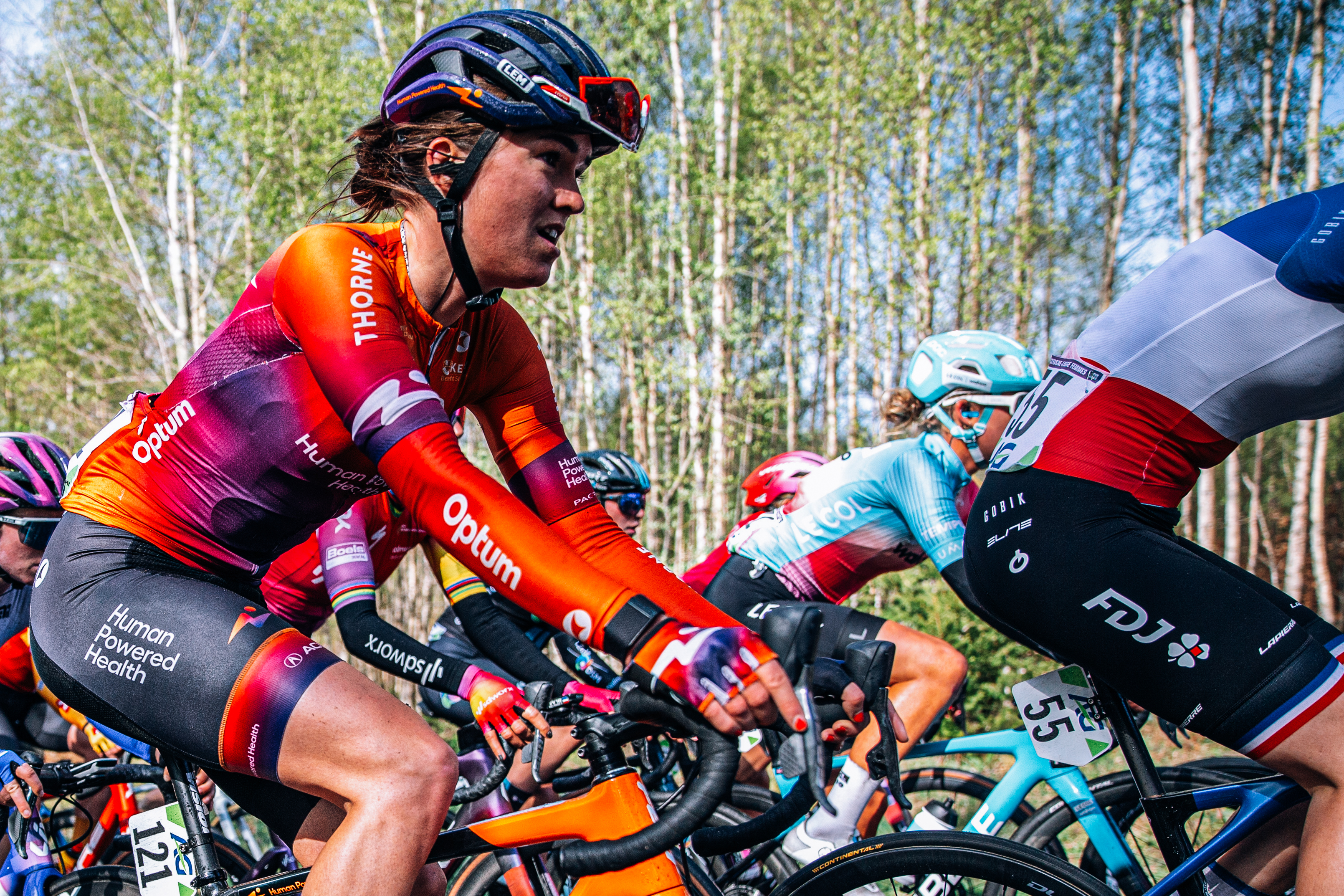 Movement
The most anticipated race of 2022

After a long time of waiting, Le Grande Boucle returns for women in 2022 with a Tour de France ‘maillot jaune’ (yellow jersey) finally being awarded to a female cyclist.

As the biggest cycling race in the world, fans of the sport are hoping that the all-new Tour de France Femmes avec Zwift ushers in a new area for female athletes and changes the game forever.

Here’s our guide on the most anticipated race of the season ahead of Human Powered Health™ lining up on the Champs-Élysées in July. 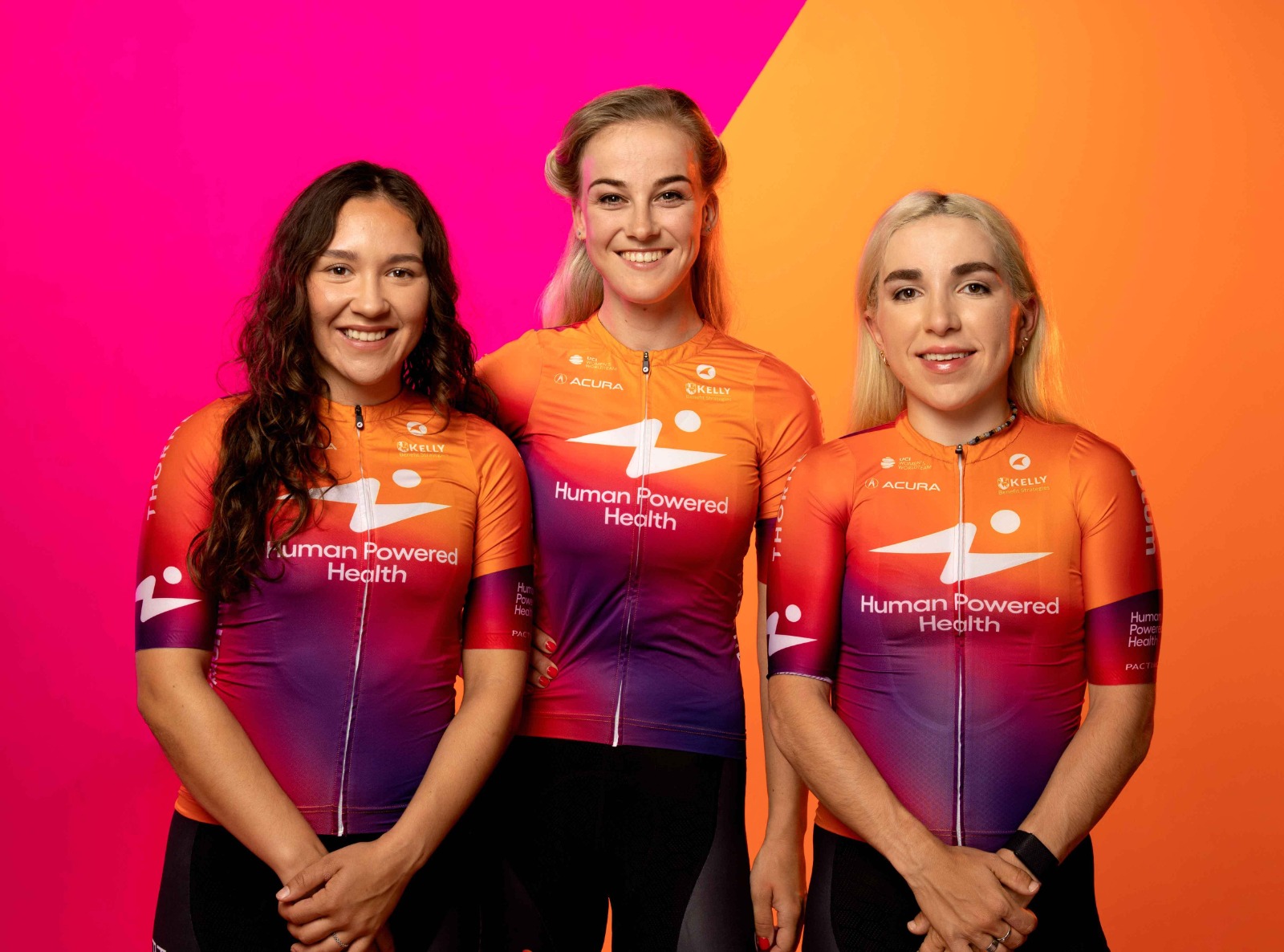 The Tour’s title sponsor Zwift has promised that the race will mark a pivotal moment in the sport and create new rules for a new era of racing. Their campaign includes the slogan and calls to “watch the femmes,” which includes rides on the virtual platform where you will be able to get to know the riders of the peloton as well as have the chance to win prizes that include a trip to the race itself. Human Powered Health athletes will be taking part in these rides and are also counting down the days until the historic Grand Départ.

What is the history of the Tour de France Femmes?

Although this is the modern-day iteration of a Tour de France stage race for women, various events have been held in the past and presented as an equivalent to the men’s version.

The five-day 1955 Leulliot race, won by British rider Millie Robinson, got the wheels rolling but there wasn’t another ‘tour’ until 1984, the original Tour de France Féminin. Until 1989 the race was held alongside the men’s event and used the finish towns of each stage. There is a proud American history with the race with Michigan’s Marianne Martin winning the first edition with teammate Deborah Shumway in third and then Utah’s Inga Thompson taking third again in 1989.

From 1990 to 1992 it was renamed the Tour of the EEC Women, but the connection to the men’s Grand Tour stripped with the director citing a lack of interest, limited sponsorship deals and media coverage. For the next 17 years, a French stage race was held but the scope and size of the event gradually dwindled into nothing. 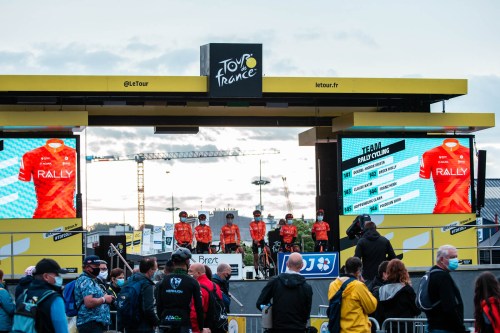 The program has previously competed in La Course. 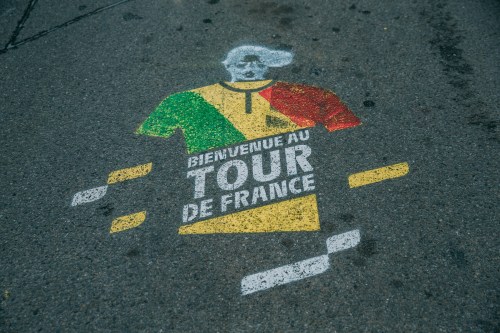 There’s nothing quite like the welcome that the Tour de France gets.

In more recent times, La Course by Le Tour de France, launched in 2014, acted as a precursor to this new event – and then in June of last year, the Tour de France Femmes was finally announced, to the delight of the cycling world. ASO has stated that although these other races have come before, the 2022 version will be the “first edition” of a race that organisers hope will still exist in 100 years.

This shows that today’s crop of riders are both paving the way for future generations and following in the wheel tracks of the pioneers that came before, and hopefully no one can use the excuse of lack of interest ever again.

What is the route of the Tour de France Femmes? 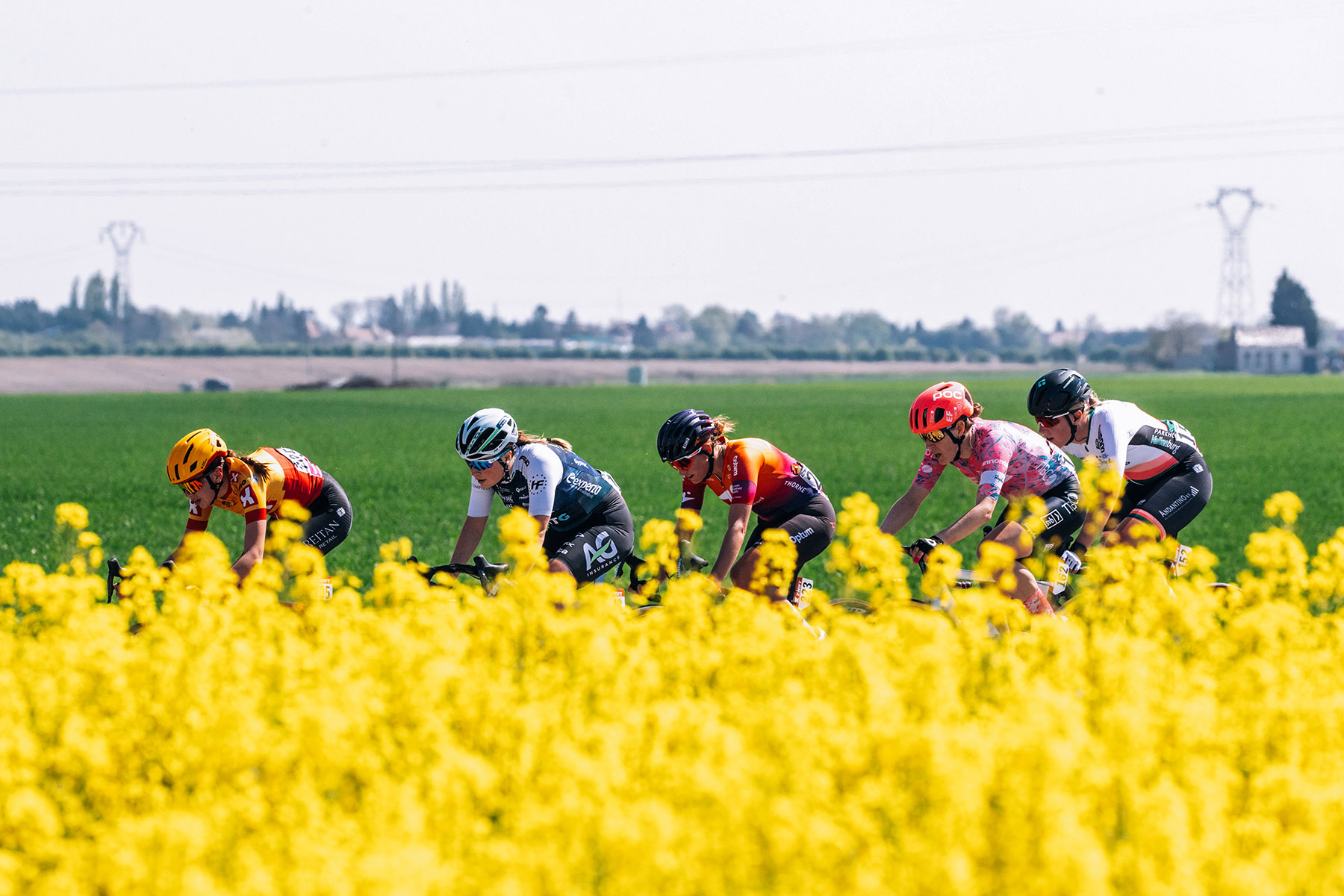 7/24 Stage 1 | Paris Tour Eiffel – Paris Champs-Élysées (82km) Flat
Talk about an iconic start to the race, right under the Eiffel Tower. Like the men’s race, stage 1  is bound to finish in a bunch sprint but will be far less of a procession as the peloton snakes its way through Paris past some of Europe’s most beautiful sights, taking on 11 laps of the famous Champs-Élysées circuit.

7/25 Stage 2 | Meaux – Provins (135km) Flat
Traversing the brie capital of France (yes, the cheese not the actor), stage 2 may look easy enough but it has a sting in the tail in the form of a finishing circuit with a short false-flat climb. It’s ideal for punchy sprinters.

7/26 Stage 3 | Reims – Épernay (133km) Hilly
Stage 3 is a real test that follows a similar finale to that of stage 3 of the 2019 men’s tour, the succession of climbs make for a mini Ardennes classic. The route goes through the champagne region of France so whoever wins is sure to be toasting victory in the correct manner.

7/27 Stage 4 | Troyes – Bar-sur-Aube (126km) Hilly + gravel
The halfway stage truly brings the drama as the peloton traverses the Strade Bianche-style gravel roads through even more champagne vineyards. A rider won’t win the Tour here, but they couldn’t certainly lose it.

7/29 Stage 6 | Saint-Dié-des-Vosges – Rosheim (128km) Hilly
A stage opportunist riders will have their eyes on, day six’s parcours will encourage a breakaway before an explosive mountainous finale to the race.

7/30 Stage 7 | Sélestat – Le Markstein (127km) Mountainous
The Tour heads for the Alsace mountains to take on a trio of challenging climbs that include Petit Ballon (9.3km at 8.1%), the Col du Platzerwasel (7.1km at 8.3%) and the mighty Grand Ballon (13.5km at 6.7%) before the swift run-in to Le Markstein. Certainly a day for the strongest climbers in the peloton.

7/31 Stage 8 | Lure – La Super Planche des Belles Filles (123km) Mountainous
If the beginning of the Tour was iconic, the end is nothing but epic on the gravel slopes of the incredibly steep La Super Planche des Belles Filles, with its final gravel ramp. A modern-day classic, this climb and its 24% finish line will write another line into the history of women’ cycling.

Which teams will be at the Tour de France Femmes? 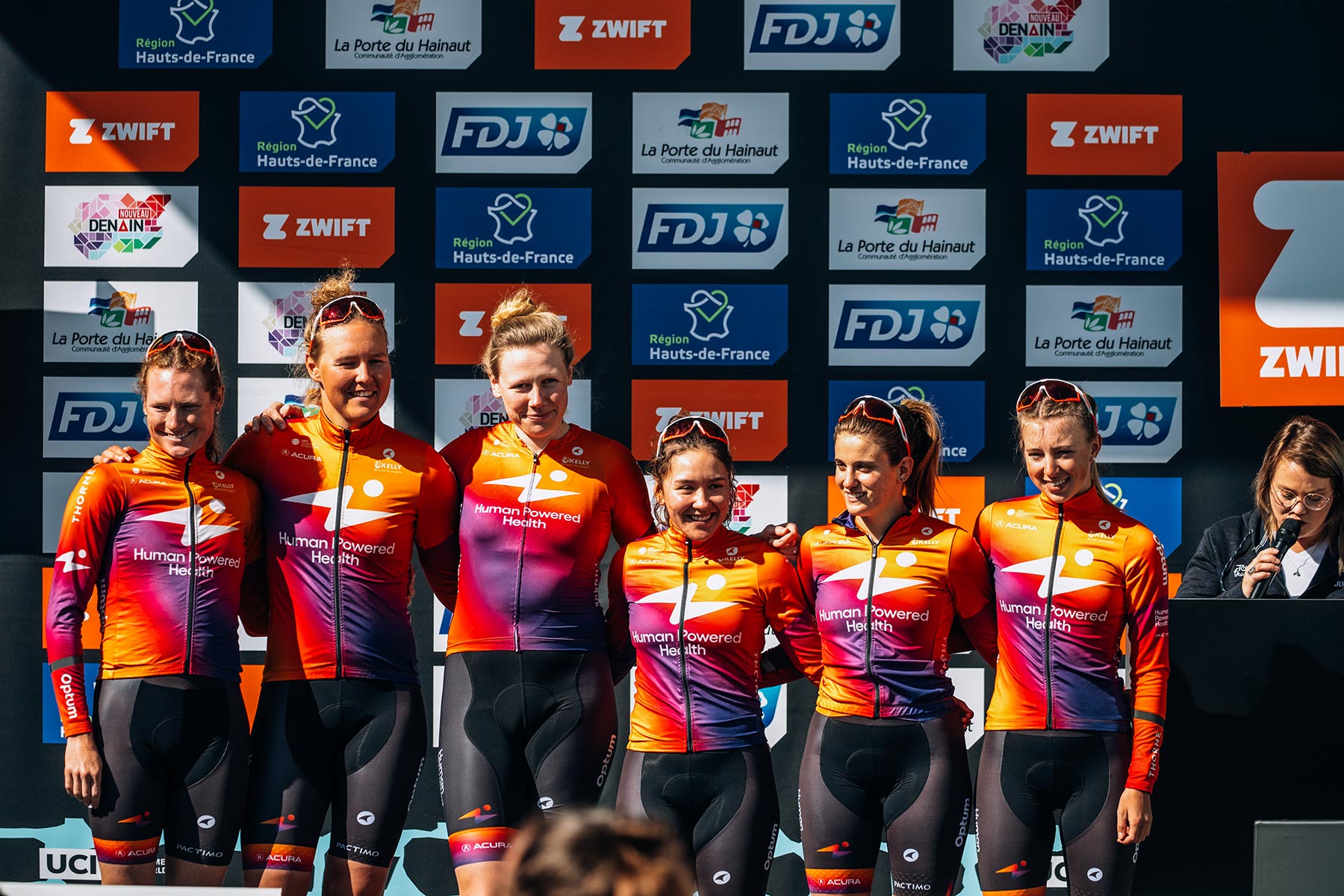 How to watch the Tour de France Femmes

The Tour de France Femmes will be beamed around the world to 170 different countries. In the United States, Peacock will carry live coverage of every stage with FloBikes in Canada and GCN+ / Eurosport Player carrying those same images in Europe. Make sure to never miss a pedal stroke. 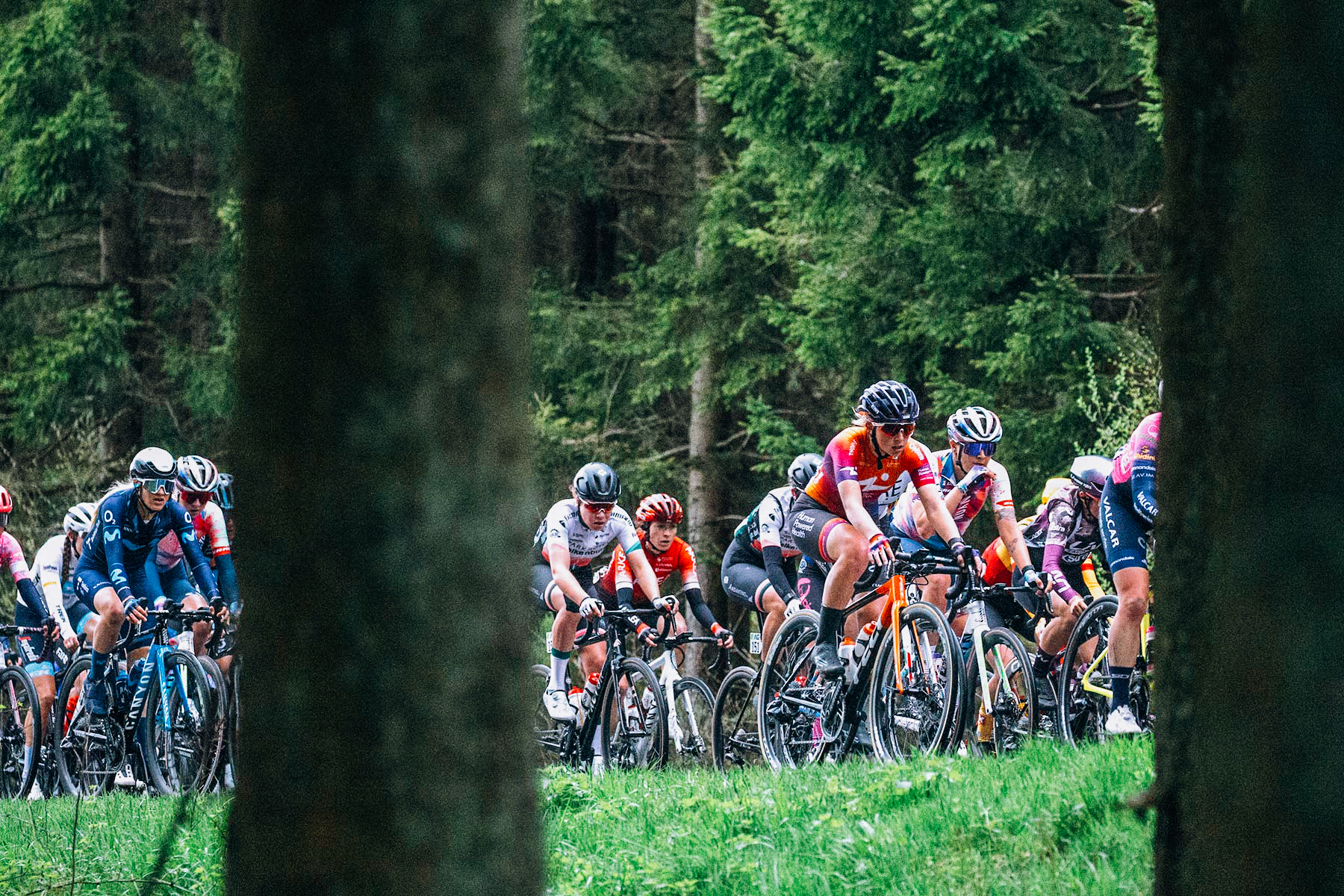 Following in the wheel tracks of history at 'La Doyenne'