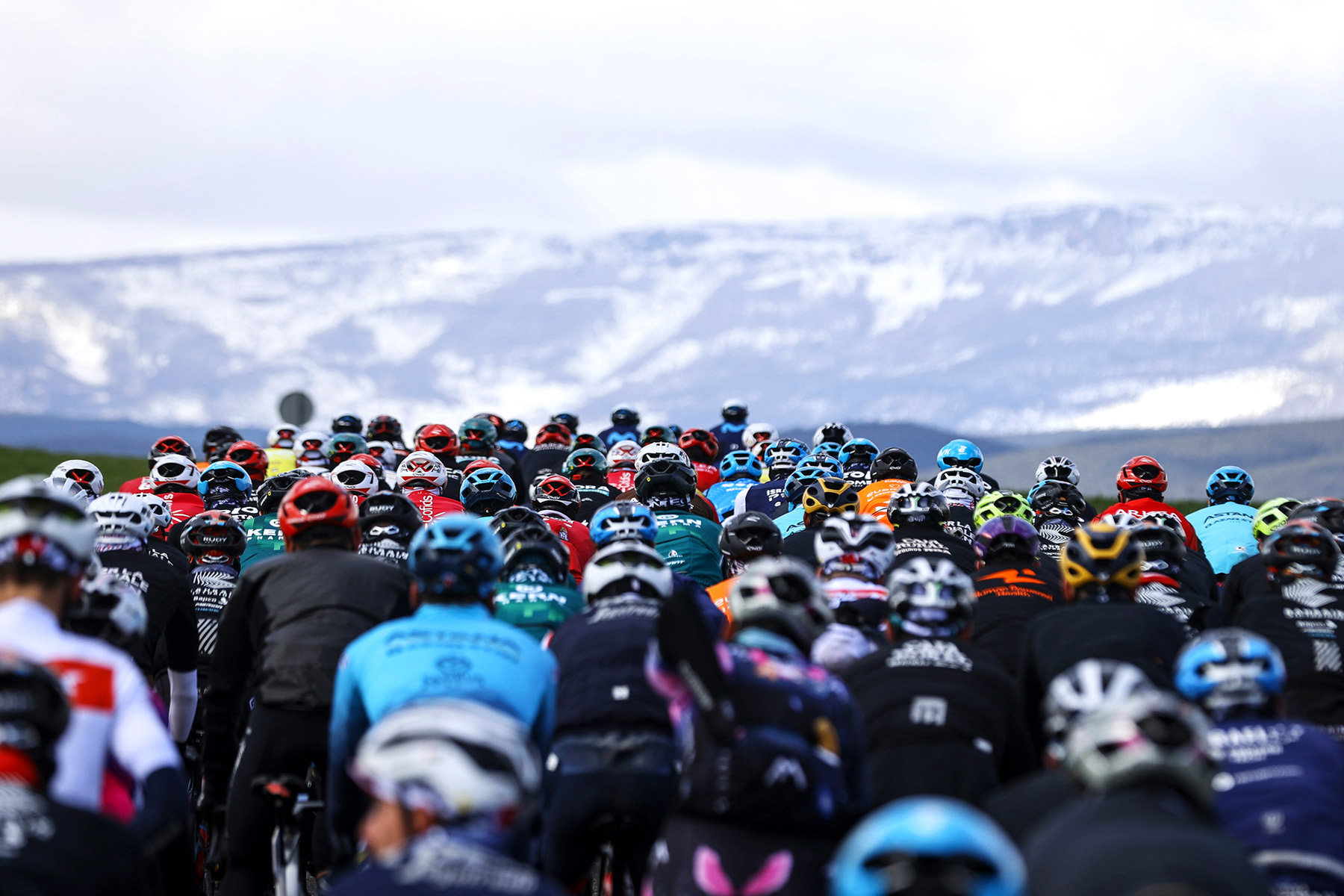 Human Powered Health™ is gearing up for a stage race double-header next week at the Presidential Tour of Turkey and Giro di Sicilia. Two events that the program has tasted success in before with stage and overall victories in the past three years.

First up is the Presidential Tour of Turkey, a hilly eight-day race that provides the team with chances to come away with some big results. With a wealth of bunch sprint opportunities, last year’s opening stage victor Arvid de Kleijn could have podium chances. He returns to Turkey after some time off the bike due to Covid, hoping to emulate 2021’s successes and go one better than he did in February’s Tour of Antalya.

Although the roster will mainly cater towards the fast finishers, Gavin Mannion and  Kyle Murphy will look for opportunities when the road turns skyward later on in this race, most notably the mountain top finish on stage four. 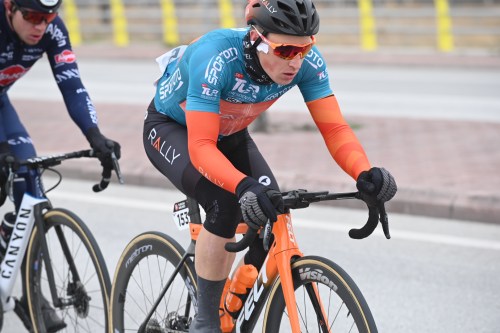 de Kleijn wore the blue leader’s jersey having won the opening stage in a bike lunge. 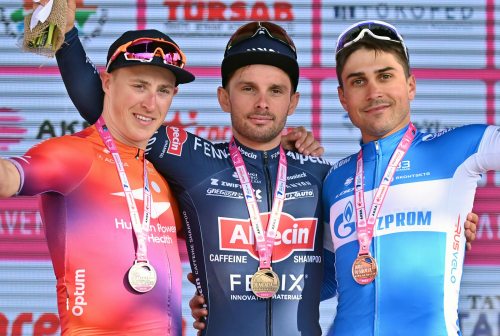 4/10 Stage 1 | Bodrum – Kuşadası (202km) Hilly
There’s no easy start to this year’s Presidential Tour of Turkey, over 200km in the saddle plus a hilly final 35km and we will quickly see who has the legs for a week of tough Turkish racing.

4/11 Stage 2 | Selçuk (Efas) – Alçatı (157km) Flat
The first obvious opportunity for the sprinters, stage two finishes on the coast with a beautiful run-in that traverses many natural wonders.

4/12 Stage 3 | Çeşme – İzmir (Karşıyaka) (119km) Flat
A pan-flat profile, there’s no doubt that this one will be a bunch gallop to the line in İzmir (Karşıyaka) with only the potential sea wind being the day’s challenger.

4/13 Stage 4 | İzmir (Konak) – Manisa (Spill Milli Park) (148km) Mountains
The first trip to the mountains will leave a lasting impression on the general classification. The final 13.9km climb has an average gradient of 7.7% which means only the very best climbers will survive.

4/14 Stage 5 | Manisa – Ayvalık (186km) Flat
A rest for the peloton before a hilly finish to the week, stage five is yet another chance for a sprinter like de Kleijn or Colin Joyce to get their arms in the air.

4/15 Stage 6 | Edremit (Akçay) – Eceabat (202km) Uphill finish
The stage six tests come at the start and finish with a long climb within the first 30km and a final steep ramp that will blow the field apart.

4/16 Stage 7 | Gelibolu – Tekirdağ (132km) Rolling
With two long categorized climbs, stage seven’s parcours might be too much for the pure sprinters so opportunists will look to this day as a chance to taste victory.

4/17 Stage 8 | İstanbul – İstanbul (138km) Flat
Although the stage is mostly flat and on a circuit in Turkey’s biggest city, the finish line is on a ramp and may prove too difficult for many sprinters.

In North America, FloSports has live coverage of the racing and in Europe, it can be caught on the Eurosport Player and GCN+. 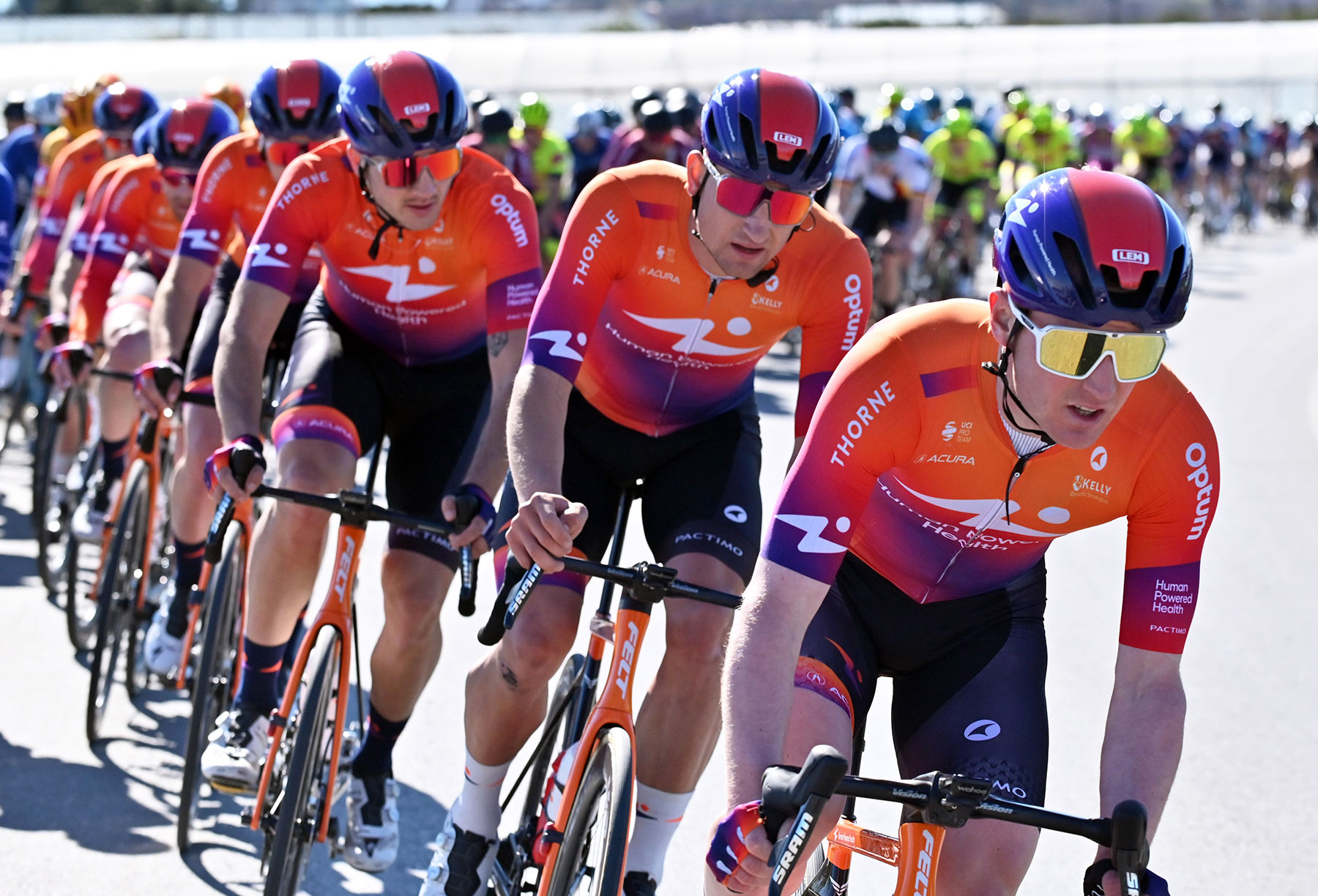 Another area of Southern Europe the team have had great success in is Sicily. With an overall victory by Brandon McNulty in 2019 and success in the climber’s competition last year, the Giro di Sicilia, running from April 12 to 15, is a race that comes with happy memories in the hills of this Italian island.

The route certainly doesn’t pull any punches. More than 85% of Sicily is made up of hills and mountains and by looking at the stage profiles, you’d be forgiven for thinking that they’ve managed to get them all into this year’s parcours.

GP Criquielion winner Pier-André Côte will mark the undulating finale to stage one but the squad will have eyes long-term on the aptly named pistachio KOM jersey with Ben King, Chad Haga and Stephen Bassett who are always primed when opportunity knocks. 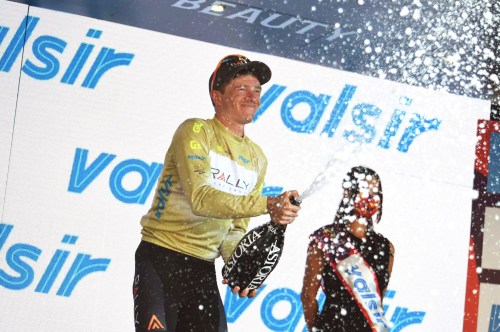 Ben King wore the KOM jersey for two stages in 2021.

4/12 Stage 1 | Milazzo – Bagheria (199km) Flat
A relatively flat stage for an area of Italy well known for its rolling hills and mountainous terrain, there is a kick in the tail however with a gradual uphill ramp starting 4km out. Not enough to split the peloton but the winner will need legs of steel.

4/13 Stage 2 | Palma di Montechiaro – Caltanissetta (152km) Uphill finish
The peloton says goodbye to sprints for the rest of the week as it takes on the first of three successive uphill finishes, each trickier than the last. There may only be one categorized climb en route but there is still a large amount of climbing to be done.

4/14 Stage 3 | Realmonte – Piazza Armerina (171km) Rolling
Stage three’s parcours is the definition of a rolling stage profile. The final undulating stretch gradually climbs to the finish where we can expect a showdown before the following day’s explosive finale.

4/15 Stage 4 | Ragalna – Etna (140km) Mountains
Sicilia’s Queen stage returns to the island’s highest peak, the active volcano Mt. Etna. With two climbs on the lead into the moonscape finish and the 17.7km ancient epic itself, all the classifications will come down to this.

The Eurosport Player and GCN+ will have full and comprehensive coverage of the island tour. 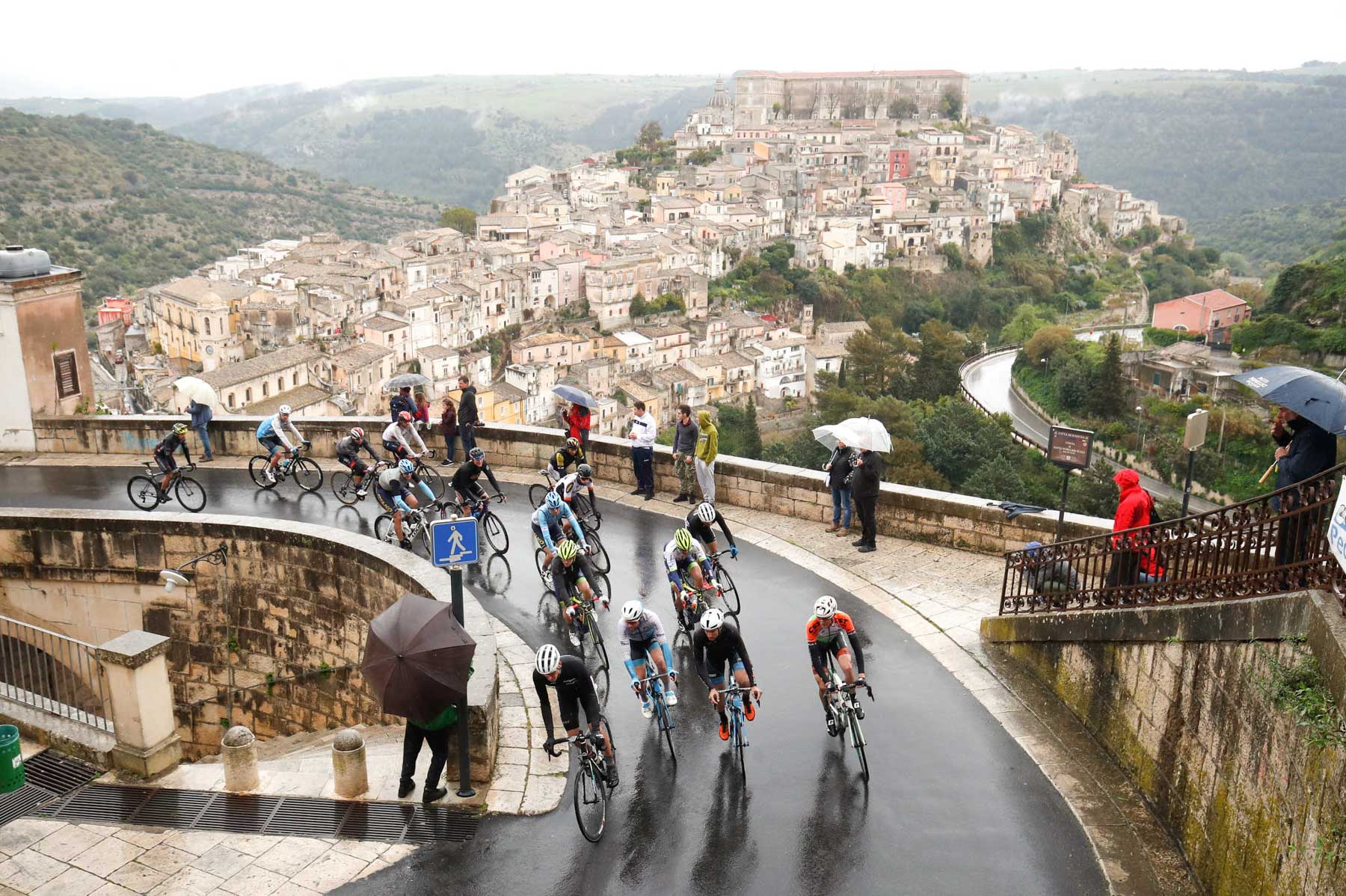 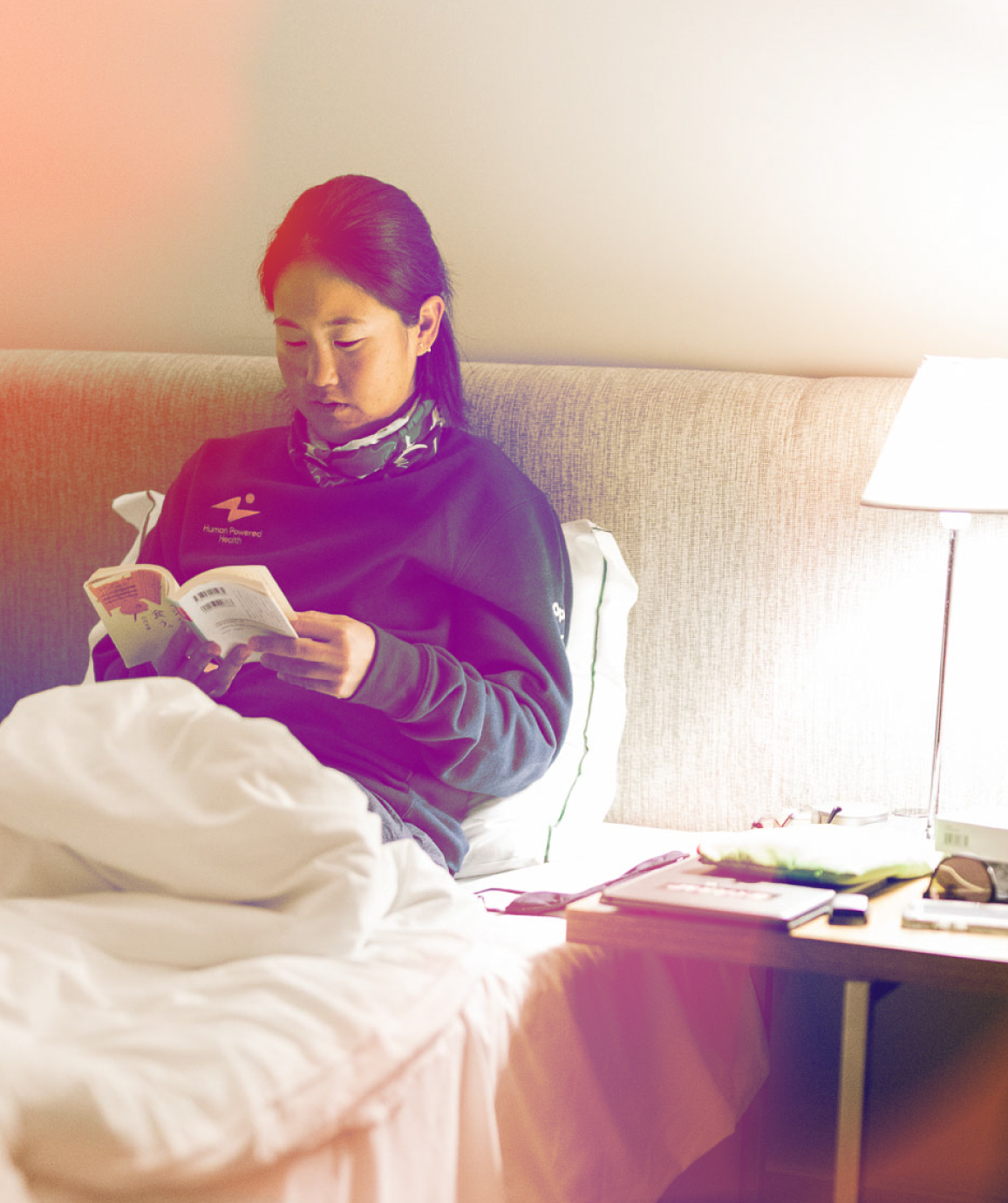 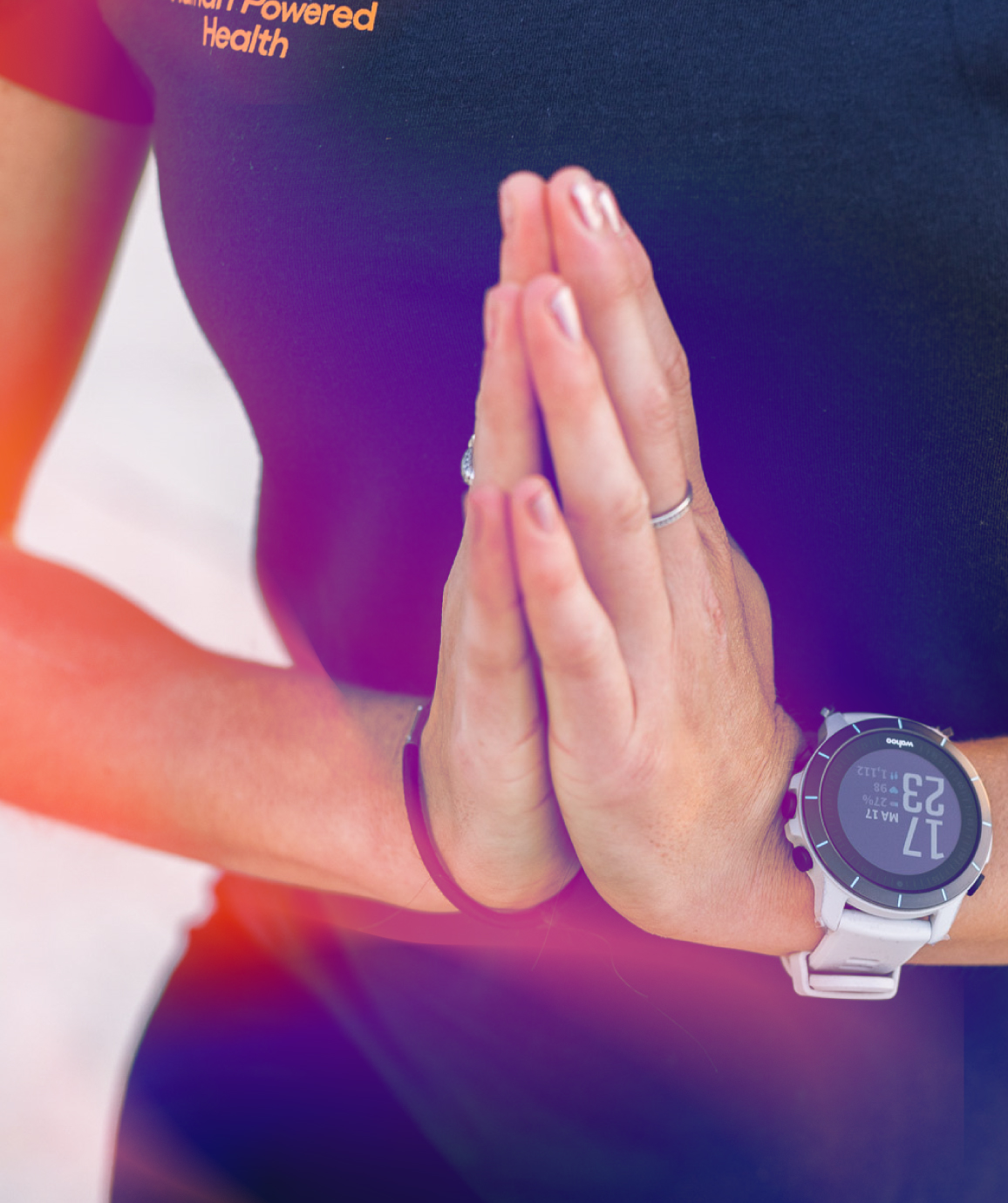 Real gains are made in the mind