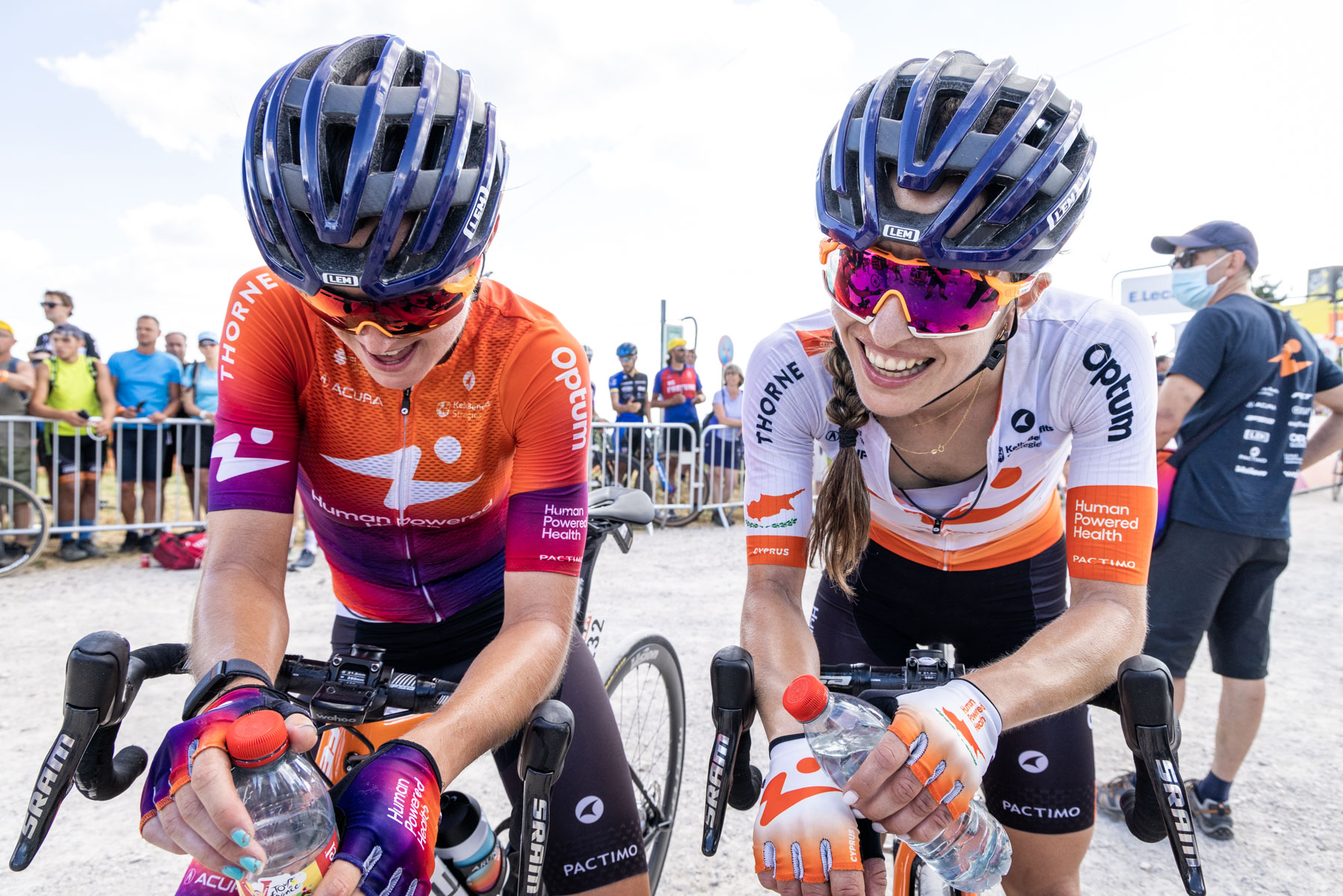 When the Tour de France avec Zwift finished 38 days ago it promised to usher in a new era for women’s cycling with the finish line on La Super Planche des Belles Filles acting as the harbinger of bigger and better things. In the Ceratizit Challenge by La Vuelta, the sport has a chance to capitalize on the huge success of its French counterpart and put on another incredible show of strength, action, emotion and drama.

Running from September 7 – 11 from the coastal outskirts of Santander to the capital of Madrid via some mountainous and hilly days, the week in Spain is the penultimate chance for stage race victory in the Women’s WorldTour, as well as Human Powered Health’s women’s squad’s final race of 2022.

Much like Le Tour, the overall start list for La Vuelta is a who’s who of the Women’s WorldTour, with defending champion Annemiek van Vleuten (Movistar Team) being particularly keen to capture the red jersey and by doing so, completing the Giro–Tour–Vuelta grand slam.

Human Powered Health tasted success in Spain this year when Buijsman finished second on stage 2 of the Vuelta a Burgos Feminas. Christoforou, although not racing for the team at the time, also rode strongly in the early Spanish stage races this year across terrain that suits the 30-year-old.

“I really want the team to have a good result in GC. We have good riders to go for that objective,” the Cypriot champion said on the eve of the race. “It’s good that the Queen stage is early, so we can see which of us can be the leader. We go for GC ride, but also a stage win – and we for sure have riders for both.” 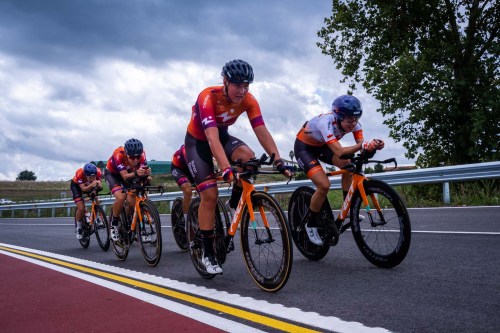 The squad during the TTT recon. 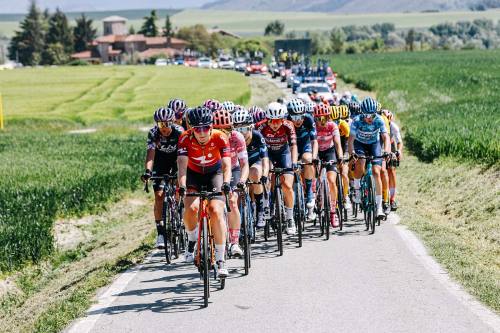 Raaijmakers leads the bunch in Spain.

Having also competed in the Tour de France Femmes avec Zwift, Christoforou has seen the impact that the race has had firsthand on her seven-year-old son.

“Before he just wanted to ride his bike but since understanding and watching what I do, he wants to race,” she said. “It’s great that women’s cycling can be on TV, so he can watch and be with me from afar. It shows women’s cycling inspires everyone, action is action.”

Christoforou’s son even goes as far as to give her advice from afar.

“After I was in the breakaway on stage five of Femmes, he told me, ‘Congrats, Mum you were very strong. Tomorrow you must follow the green jersey [of Lorena Wiebes, who won the stage], do what she does and you will win.’” 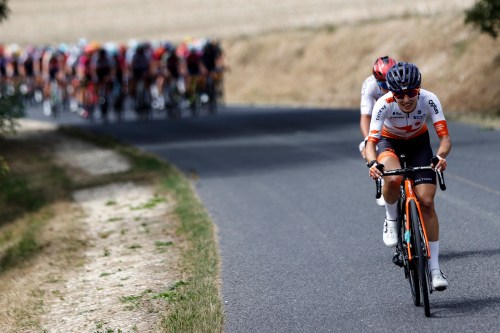 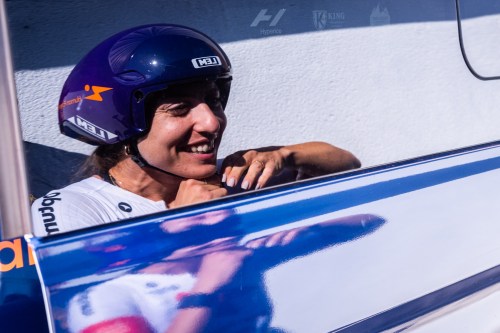 Juggling being a full-time mother and professional cyclist is no easy job, but it’s something that keeps her and her family active and seeking healthy choices.

“We cycle together in the park or even visit the trails in the mountains and we are exercising at home as a family which is something we enjoy.”

A mid-year signing, Human Powered Health can also reveal that the Cypriot has accepted a contract for the upcoming 2023 season.

“I can’t explain how excited I am about being with the team,” she said in reaction to the news. “Realistically it was too short for me these months to show what I can do for the team, so I’m really looking forward to starting from day one this time and doing training camps and the classics and racing hard.”

“Human Powered Health gives me so many chances and helps me with everything I need to be my best, from kit to supplementation,” she added. 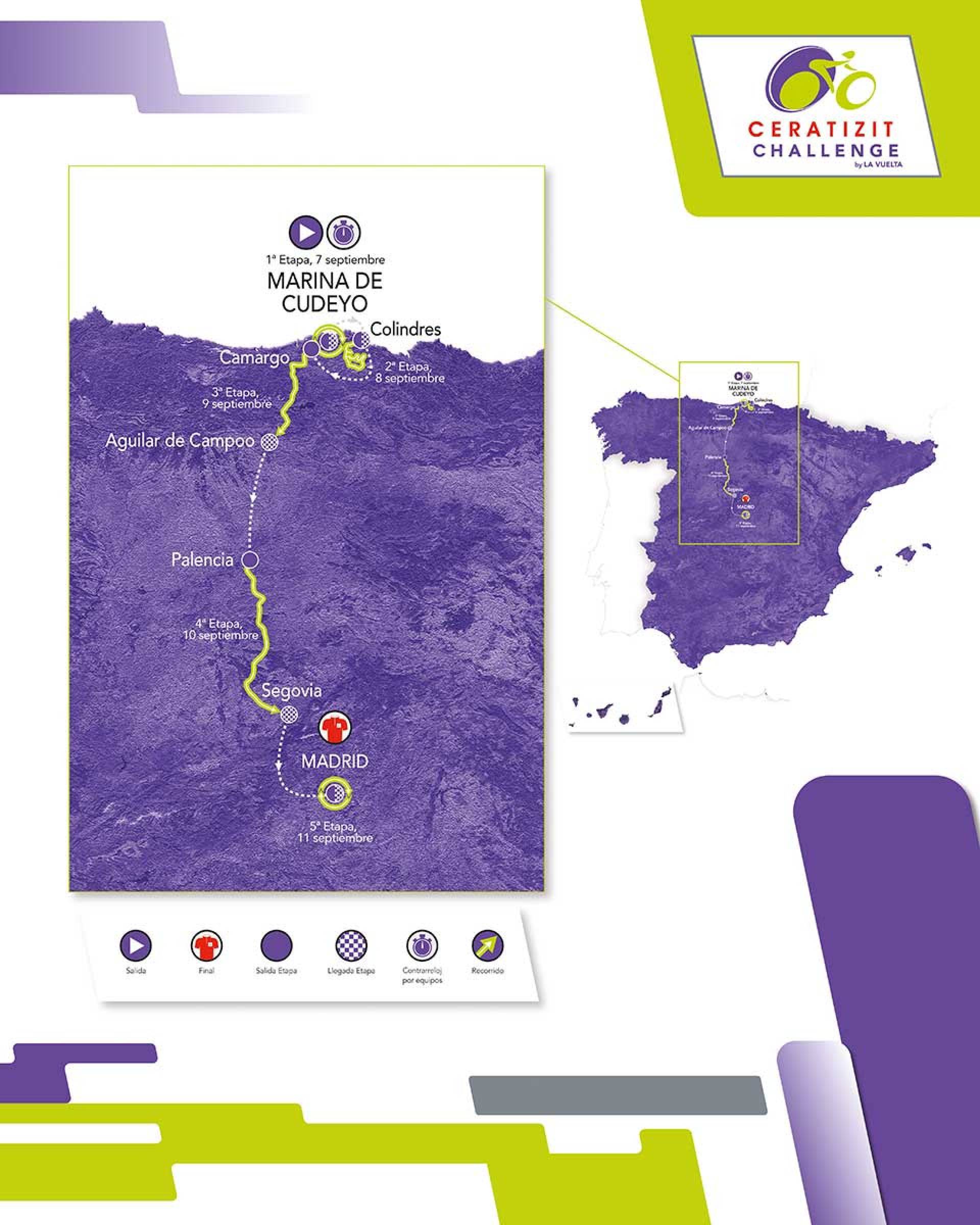 9/7 Stage 1 | Marina de Cudeyo – Marina de Cudeyo (19.9km) TTT
The race begins with a team time trial (TTT) around Marina de Cudeyo on a quick, windy circuit where it will be imperative for GC riders to rely on the collective strength of their teams. Human Powered Health went for a recon around the course the day prior to the Grand Départ to learn the lines and all-important order in the lineup. 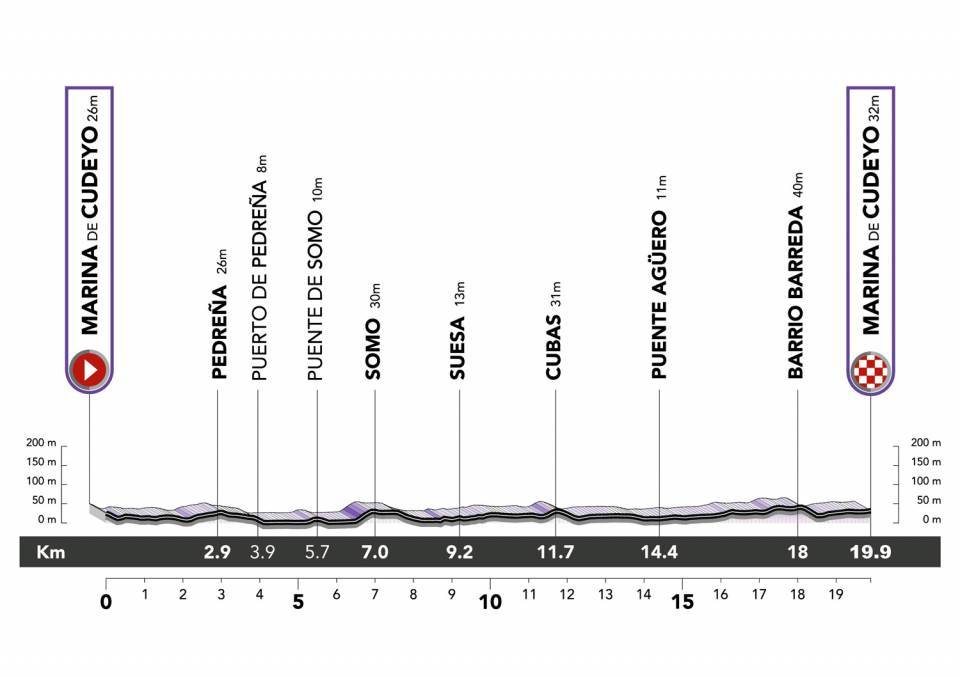 9/8 Stage 2 | Colindres – Colindres (105.9km) Mountains
The biggest stage of the week comes right away with the peloton tackling a route that starts and finishes in Colindres, via five Cantabrian mountains. On the climbing menu are two ascents in the first and last quarter of the day of 6.4km at 5.5% Fuente las Varas (the second time is 6km at 6.2%) and 3.1km at 5.8% Cruz de Usaño climbs, split by the 6.6km at 6.1% ascent of Campo Layal. A huge day in the mountains, stage 2 will set the lay of the land for the rest of the race. 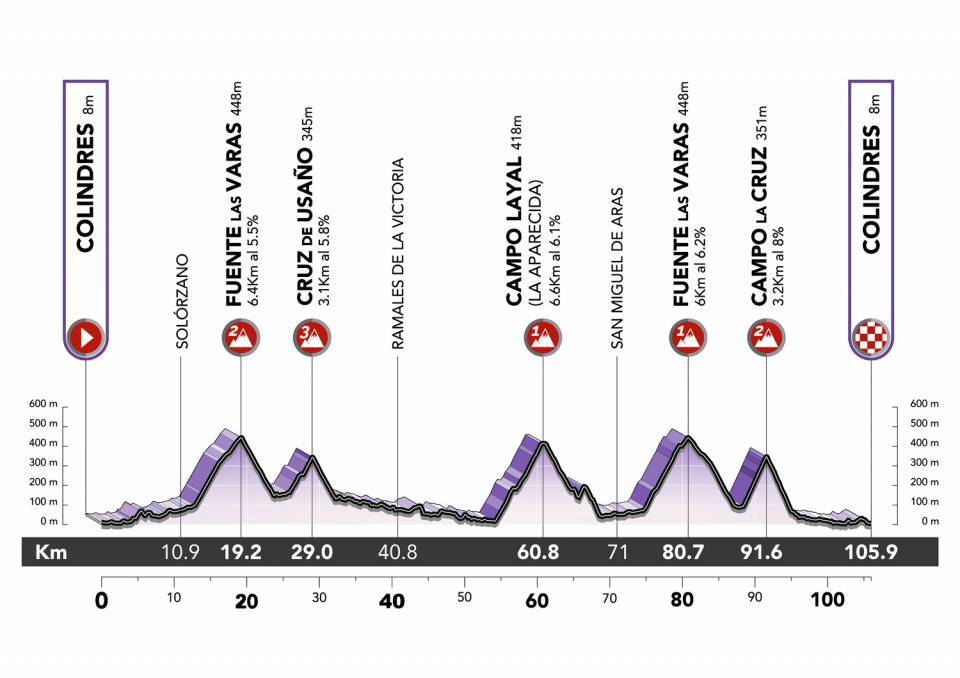 9/9 Stage 3 | Camargo – Aguilar de Campoo (96.4km) Plateau
The organizers of Spanish races have a track record of stating that stages are flat when they are anything but. Although stage 3 may well finish in a bunch sprint, the 16km long climb to Hoces de Bárcena followed by a rolling 30km plateau to the finish, will more than likely dislodge much of the peloton or help to keep a breakaway alive. 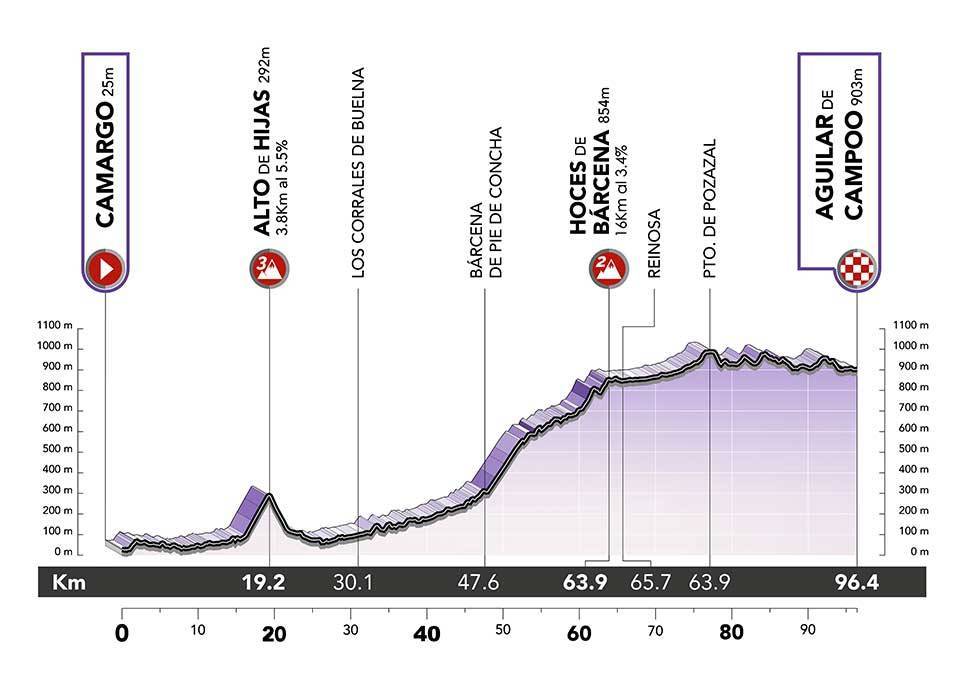 9/10 Stage 4 | Palencia – Segovia (160km) Flat + uphill finish
A tight uphill finish in the Romanesque surroundings of Segovia will suit the strongest puncheur-sprinter type riders and will present a final chance for riders to challenge for the GC. 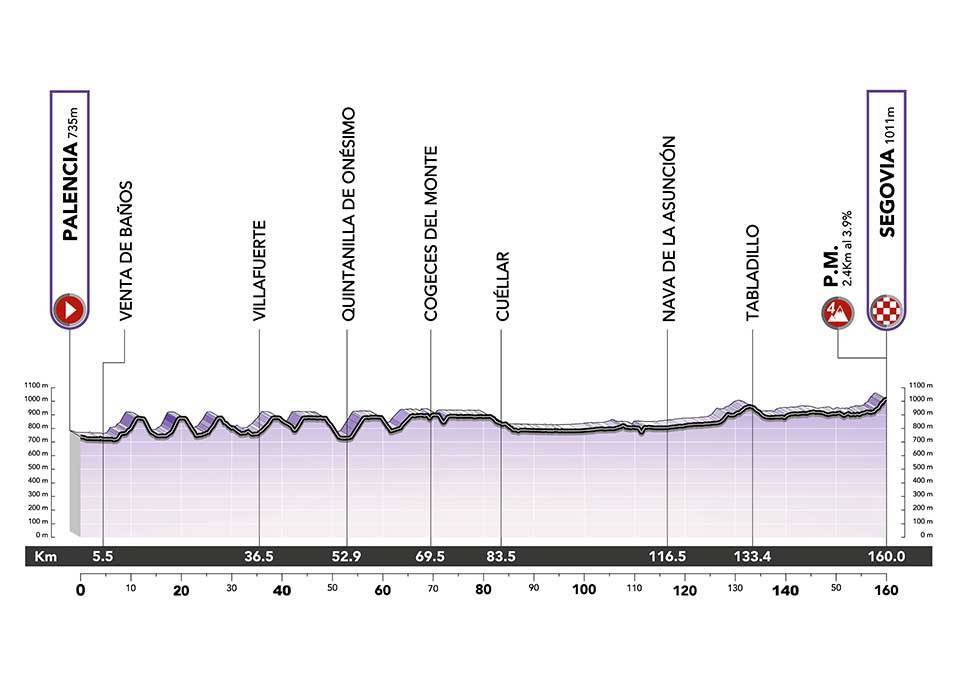 9/11 Stage 5 | Madrid – Madrid (95.6km) Flat
Coinciding with the final day of the men’s La Vuelta ciclista a España, the Ceratizit Challenge concludes in the capital Madrid on the same finishing circuit. A procession of sorts for the men, it will be anything but for the women, as the sprinters do battle one last time and Human Powered Health signs off on its inaugural season in the Women’s WorldTour. 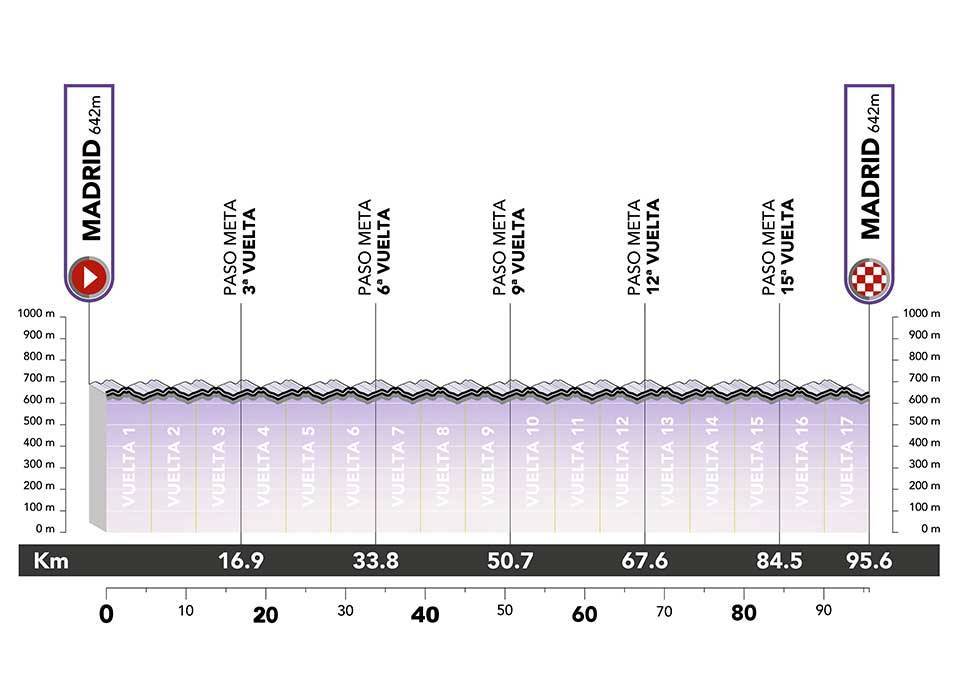 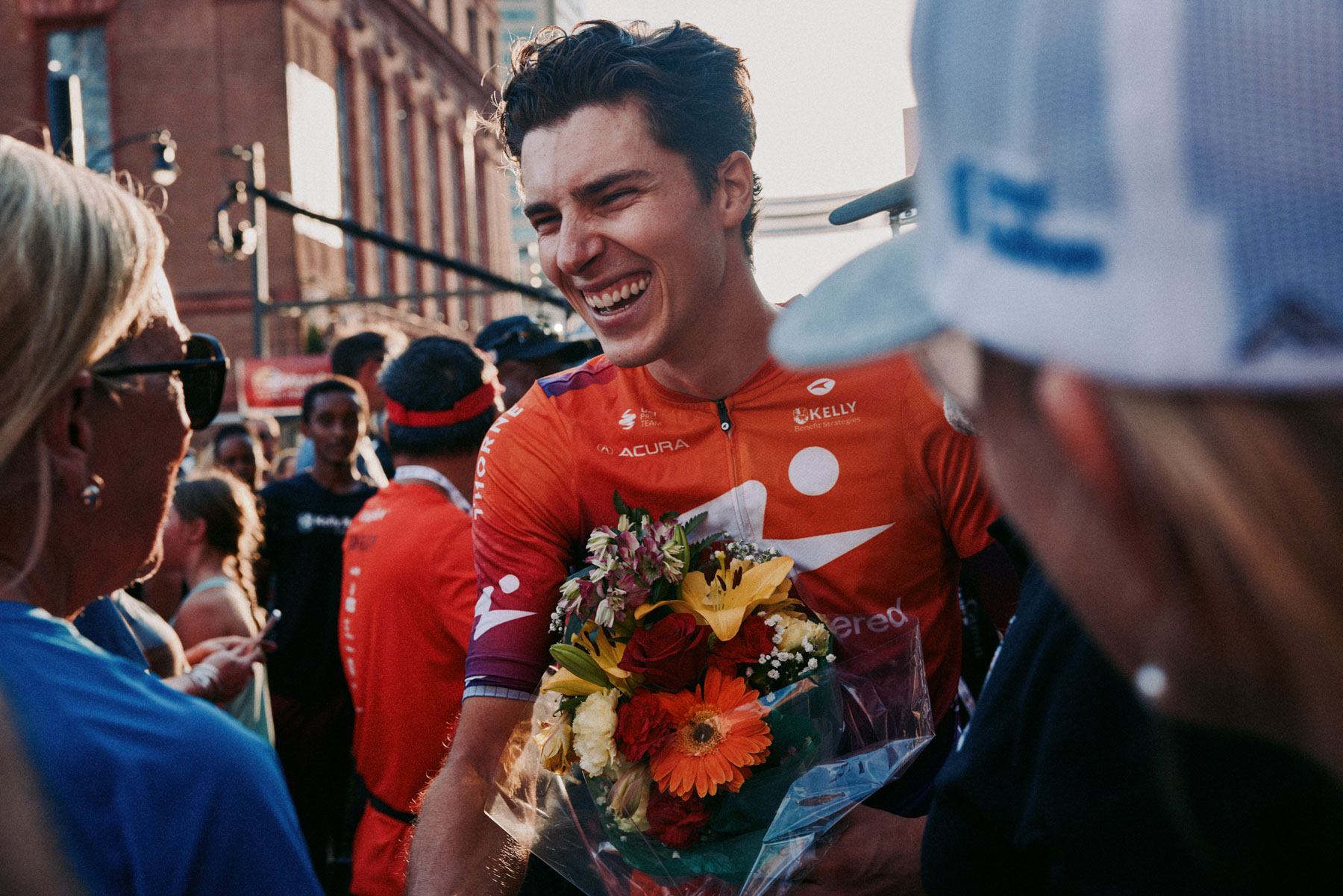 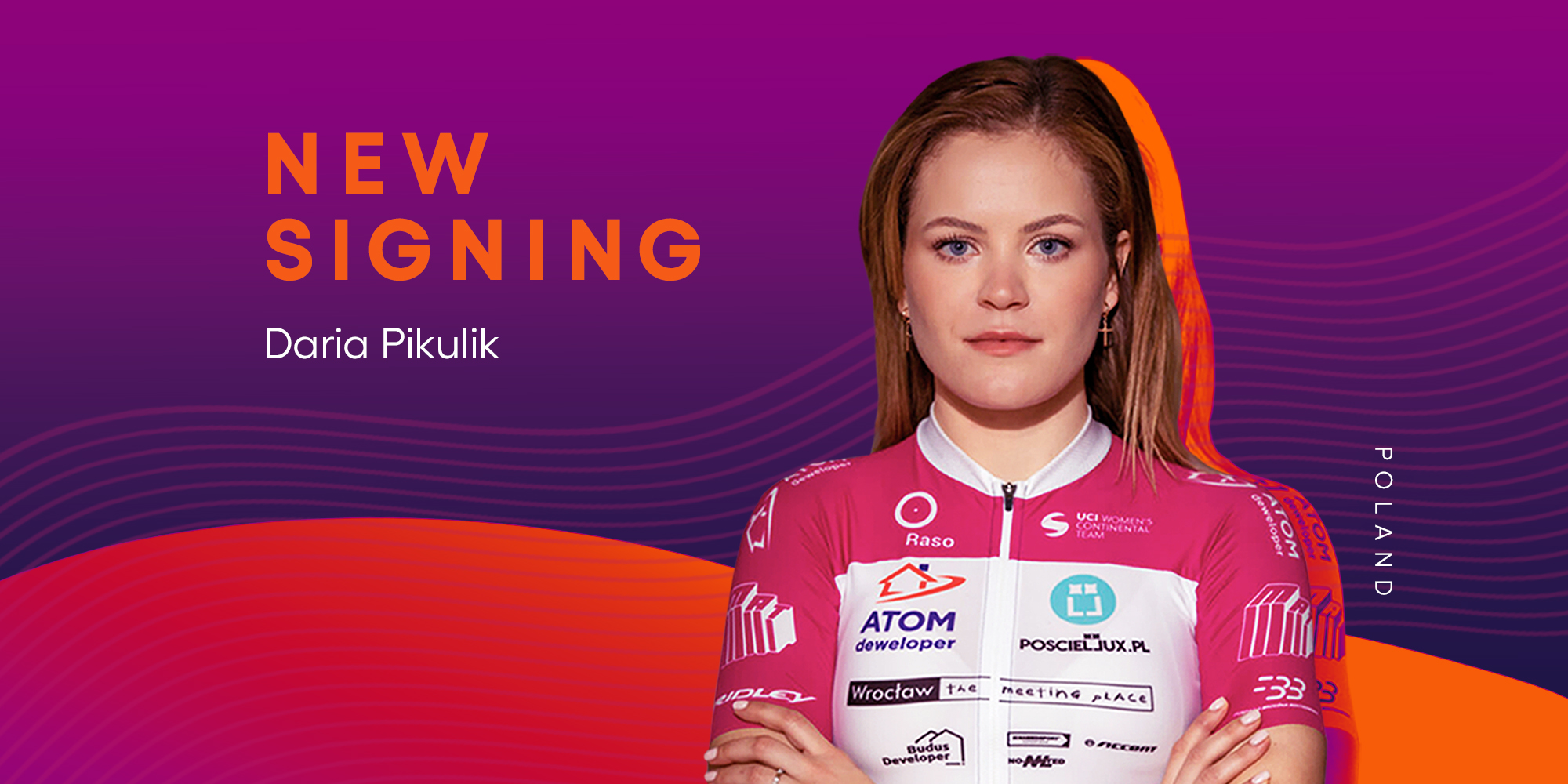