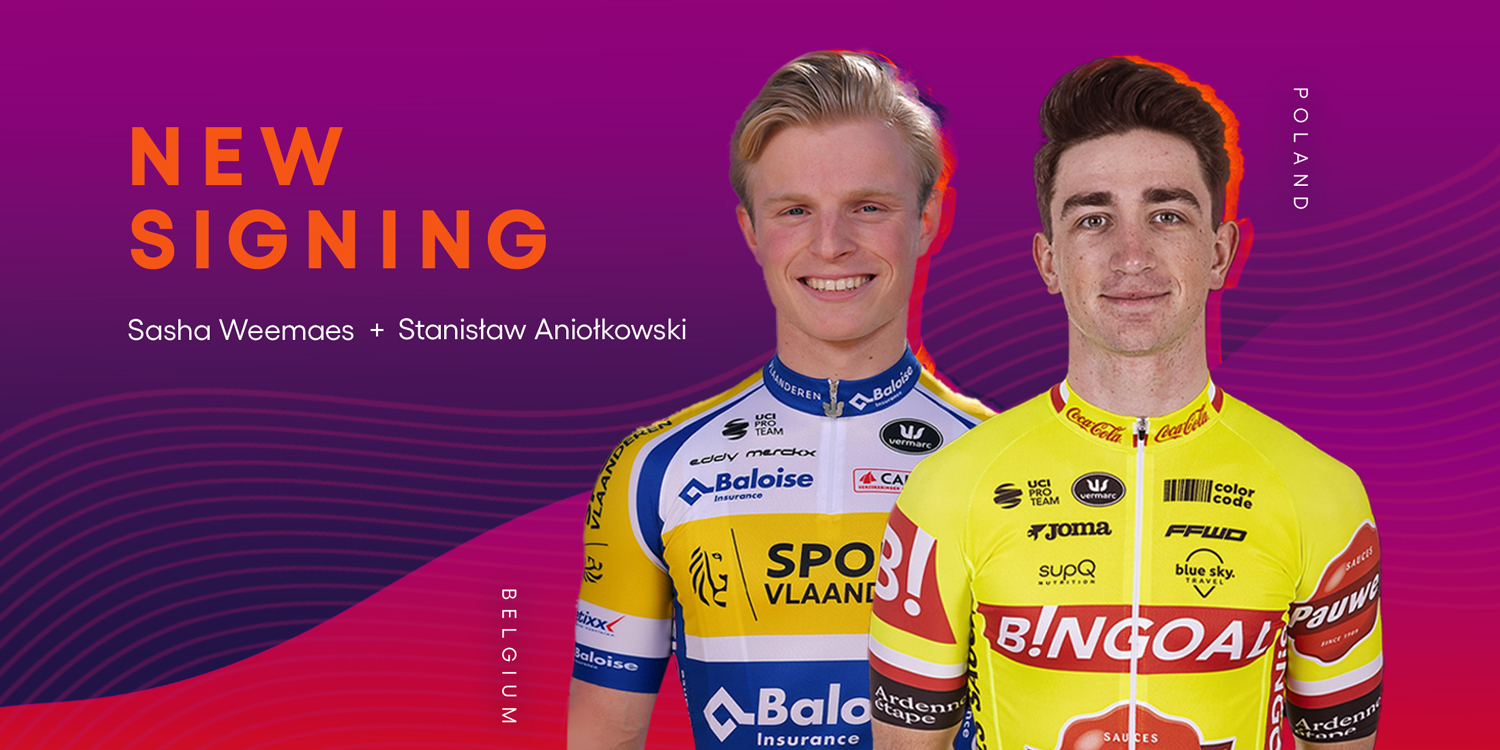 Human Powered Health has signed fast-finishing sprinters Stanisław Aniołkowski from Bingoal Pauwels Sauces WB and Sasha Weemaes from Sport Vlaanderen – Baloise through 2024. The powerhouse duo will add firepower to the men’s team sprint ranks with the program building a formidable lead-out train around them.

Performance director Jonas Carney has had Aniołkowski on his radar for a few seasons now and explained how the duo will be an integral part of the team’s big 2023 sprint objectives.

“Stanisław first caught our eye at the 2021 Tour of Turkey and we have kept an eye on him since,” said Carney of the signing. “In 2023 we will focus a lot of our energy and resources on sprinting and Stanisław is a rider we believe can produce results at a high level.”

Carney is also looking forward to having a Belgian on the team, with the team able to benefit from his expertise on home roads.

“Sasha has already proven himself to be competitive against some of the best sprinters in the world,” explained Carney. “We are excited to bring the first Belgian rider into our team and we believe he can bring valuable experience and help the squad to improve – especially in his home races.”

A 25-year-old sprinter from Poland, the former national champion Aniołkowski has scored marquee results over the past two years including a flurry of top 10s in the 2021 Tour of Turkey, and a fourth and second place finish in the recent Tour of Britain.

“Joining the team is another challenge for me and I’m excited and looking forward to next season,” the rider from Warsaw said. “Next season, I will be focusing on sprints and classic races. I would like to quickly integrate with the team and start the season with a victory.”

A rider who can finish after a hard day in the saddle, Aniołkowski this year also competed at the Tour of Flanders and Paris-Roubaix. He’s also part of his national squad at the men’s UCI Road World Championship in Wollongong.

Aniołkowski excels at sprints from reduced groups and is keen to bring good vibes to the 2023 squad.

“Next year my goal will be to win a few races, as well as create a good atmosphere and a team spirit that will allow us to fight at races and achieve victories.”

The Pole’s journey started at the age of 14 when he would ride with his friends around their village. To this day, the group are all racing in the elite ranks including a yet-to-be-announced new addition to Human Powered Health.

I would like to quickly integrate with the team and start the season with a victory.

A Belgian joins the ranks

After a strong year in European races, Weemaes – the 24-year-old from St-Niklaas, Belgium – is hoping to take his sprinting prowess to the next level in 2023 and 2024.

“I’m really looking forward to riding for this new team as it gives me the opportunity to ride a nice program and take my own chances in the sprint races,” Weemaes said. “I’m also excited to work for a team that puts effort into setting up a good sprint train and that gives me the confidence to go for victory.”

The Belgian has gone wheel to wheel with the world’s best in 2022, performing well in sprints all year. His 2022 record includes a handful of podiums in the Tour de Hongrie, fourth in his national championships, second to Jasper Philipsen on stage 4 of the Tour of Denmark, and top-five finishes in the Elfstedenronde Brugge and Trophée Groupama Paris Val de Loire UCI 1.1 races.

“This year was a good year with some results in big races, and one victory in a smaller race,” he explains. “In those big races, I bumped into big guns at the highest level like Fabio Jakobsen, Tim Merlier and Jasper Philipsen.”

Thanks to his Belgian racing education, Weemaes, is a rider who excels in tough races that end in a sprint. When he races for the first time in a Human Powered Health jersey it will be the first time he pins on the number for a non-Belgian squad.

“Changing teams will definitely be an adjustment,” he explains. “I want to thank Sport Vlaanderen – Baloise for what I learned the past years, and the challenges I overcame, but I’m looking forward to a new American challenge.”

Thanks to his Belgian racing education, Weemaes, is a rider who excels in tough races that end in a sprint.

Off the bike, Weemaes spends his time with his girlfriend, family and dogs. “I have two Dobermanns and they need lots of attention!” he says about the dogs.

Human Powered Health looks forward to welcoming Sasha and Stanisław to the sprint squad. They will be backed up in the lead-out by the returning Colin Joyce, August Jensen and Matt Gibson. 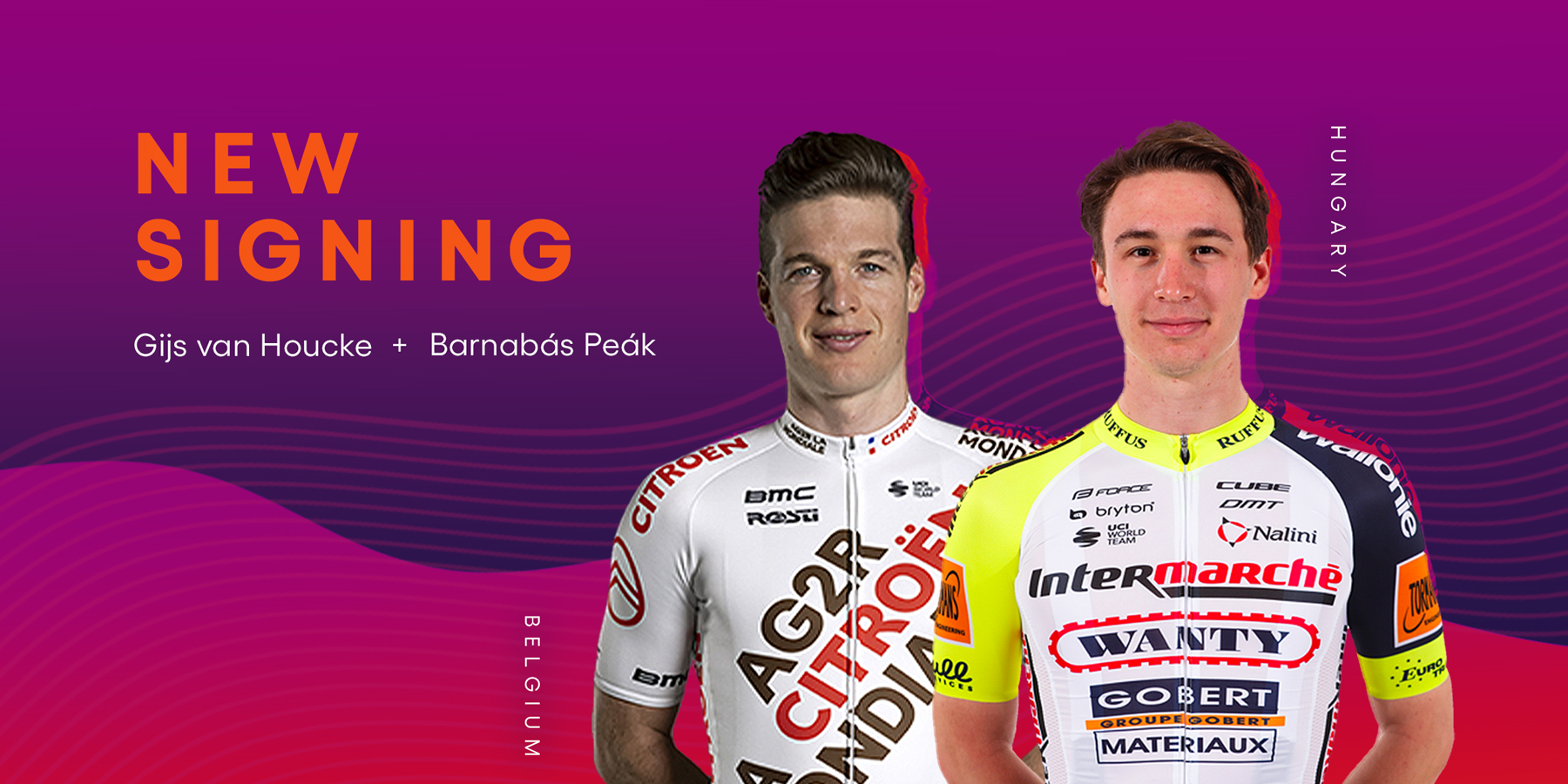 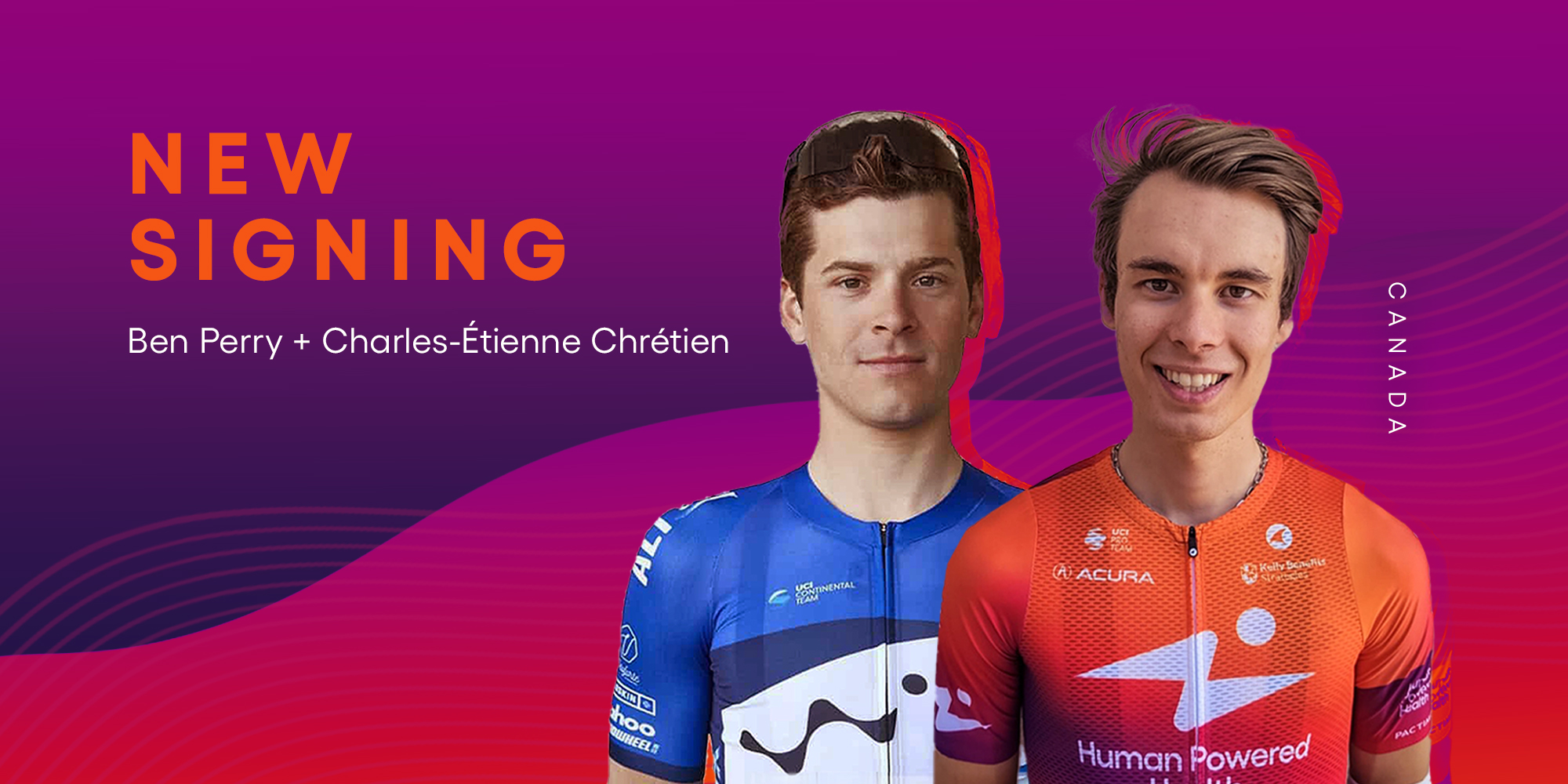