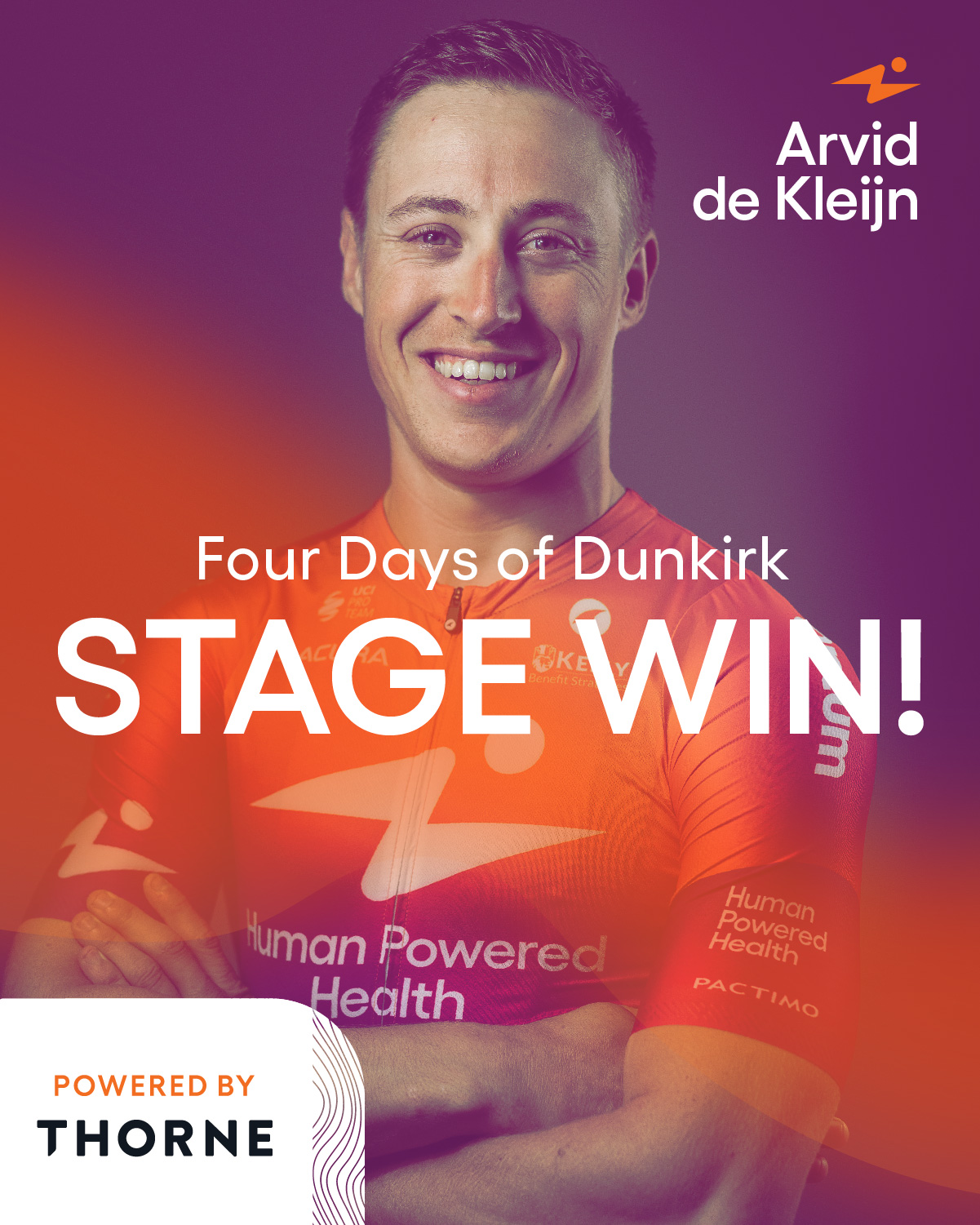 Arvid de Kleijn expertly dodged a crash in the closing meters to sprint to opening day victory on stage one of the 4 Days of Dunkirk.

Although the Dutchman came over the line second in Aniche, provisional winner Sam Welsford (Team DSM), was relegated due to an infringement.

“I was just riding afterwards with PA [Pier-André Coté] talking about how we could do better, then I heard that I’d won!” De Kleijn said from France after the finish with understandably mixed feelings.

With a slight bend before the line, three sprinters went elbow to elbow to the left of the Dutchman bringing two of the riders to the ground as de Kleijn avoided the carnage and swept over ahead of former program neo-pro Jason Tesson (St Michel – Auber 93).

It was victory for @arviddekleijn at #4JDD after Sam Welsford was relegated for this move which brought down Arnaud De Lie in the closing metres.

Did the Commissaires make the right call? pic.twitter.com/GzgQIDHEqz

“The final was hectic. I was a little bit too far back but I found some space at the end and I could get through,” de Kleijn explained of his tactics. “I thought I was second. I didn’t see what happened on the left side because I was too busy on the right.”

The 28-year-year old surfed the wheels perfectly in the finale having been delivered to Aniche by Coté, Colin Joyce, Wessel Krul, Stephen Bassett, Nate Brown and Gage Hecht.

“The guys did all they could. We can do a better job in the coming days, we need to fine-tune the sprint train a little bit more but it’s nice to see that all the guys are committed to the plan.”

After two podiums in Turkey, the win marks de Kleijn’s first victory of the season which means that he donned both the pink leader’s jersey and green points jersey on the podium afterwards.

The 10-second bonus that he picked up at the finish means that he leads the overall general classification by four seconds.

I hope I will be there again, I think I have the speed in the legs.

The race name may be the ‘4 days of Dunkirk’ but there are actually six stages and with a few more sprint days on the cards, de Kleijn has got what could possibly be a fruitful week, off to the best possible start.

Coverage of stage two starts tomorrow on GCN+ at 8 AM CT. 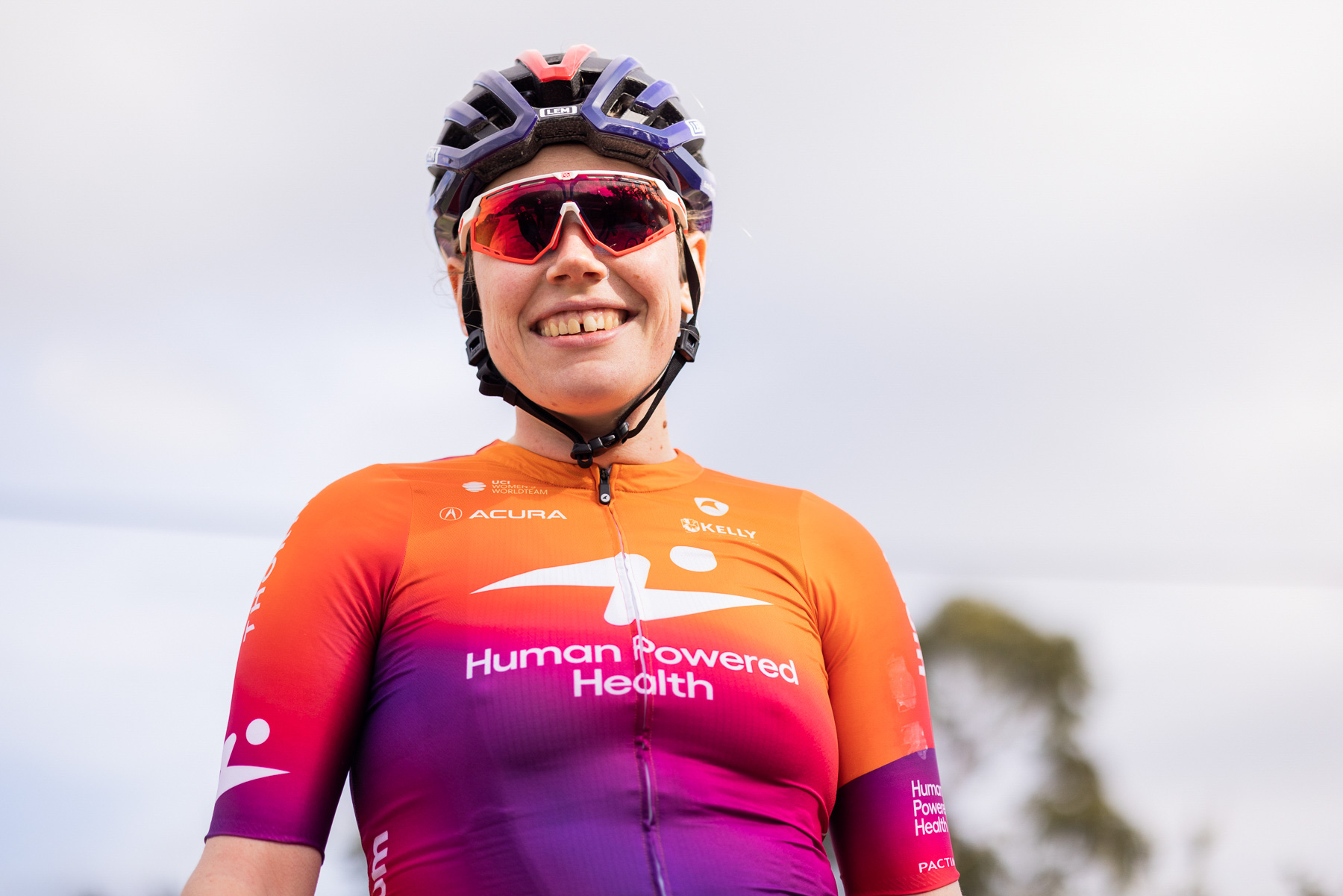 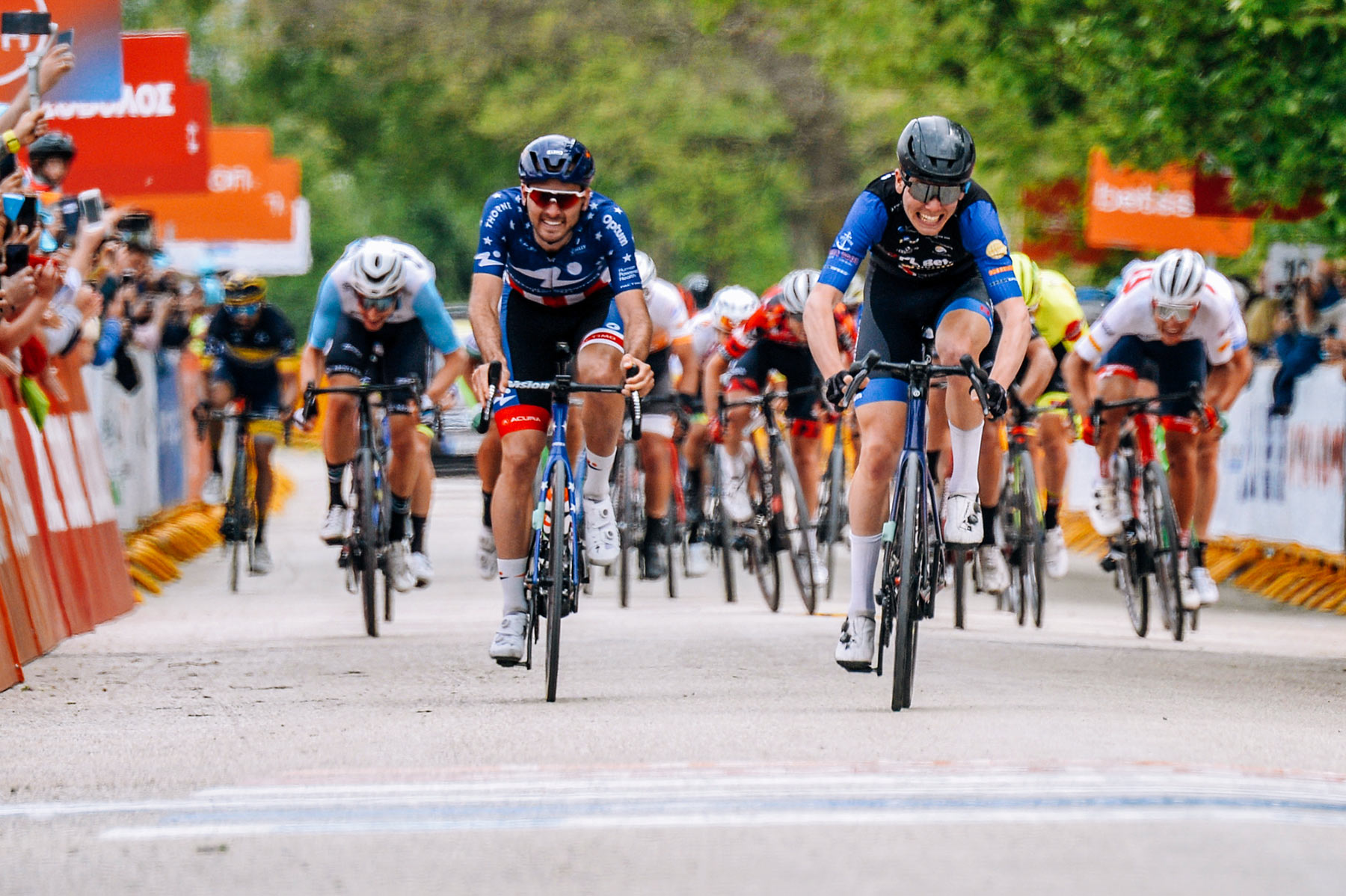