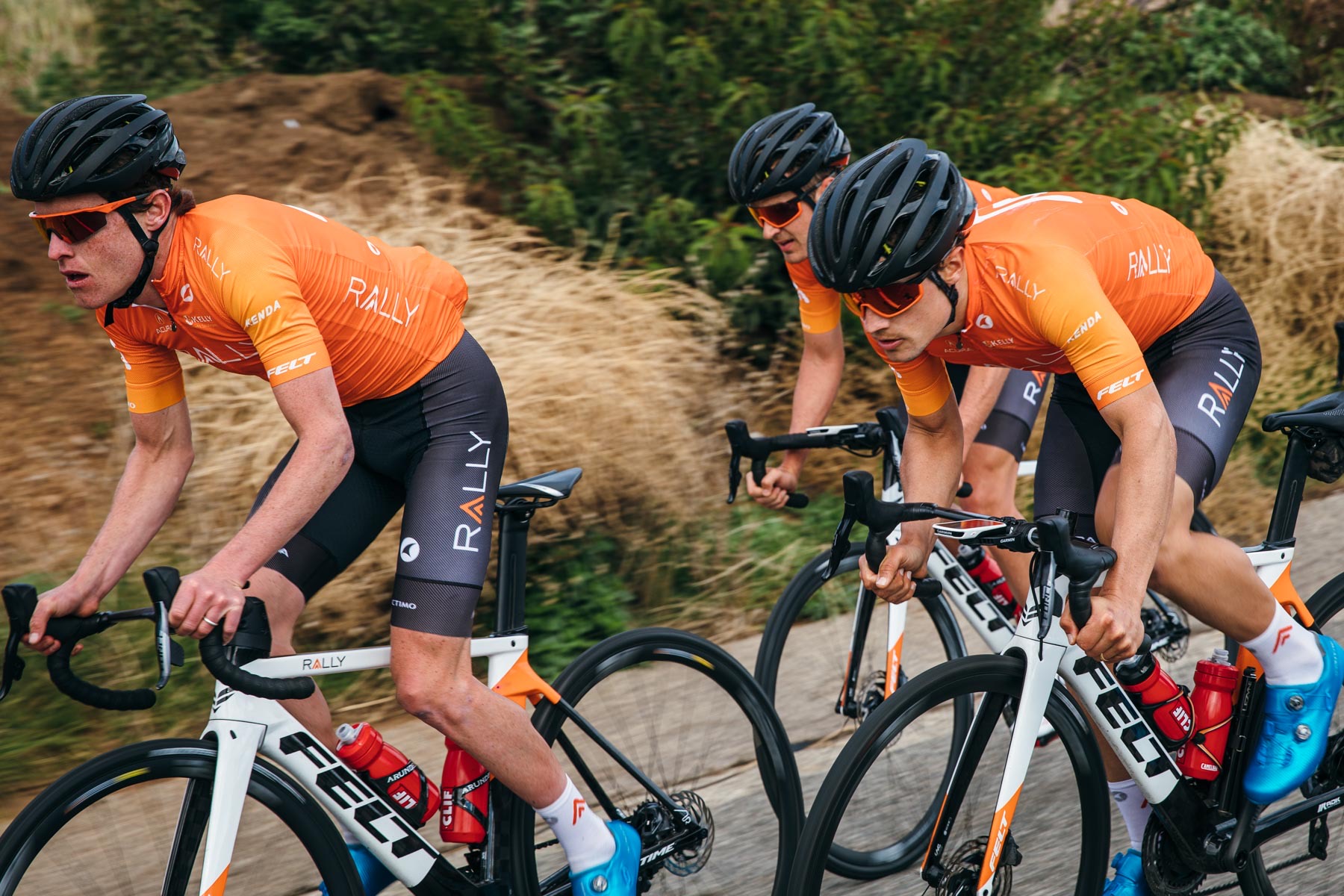 Rally Cycling is ready to tackle The Digital Swiss 5 – five days of intense virtual racing from April 22 – 26, hosted by Rouvy, the Tour de Suisse, and Velon Group. The team is one of the original 18 squads selected for June’s Tour de Suisse that have accepted the call to compete against the largest ever collection of WorldTour professionals on a digital platform.

As a special treat, the team will be streaming live from its Facebook account to bring you a Rally Cycling focused broadcast that will include live video from an athlete’s home, Pat McCarty’s race radio, and commentary from retired professional cyclist Tom Soladay. The coverage begins 10 minutes prior to each stage. 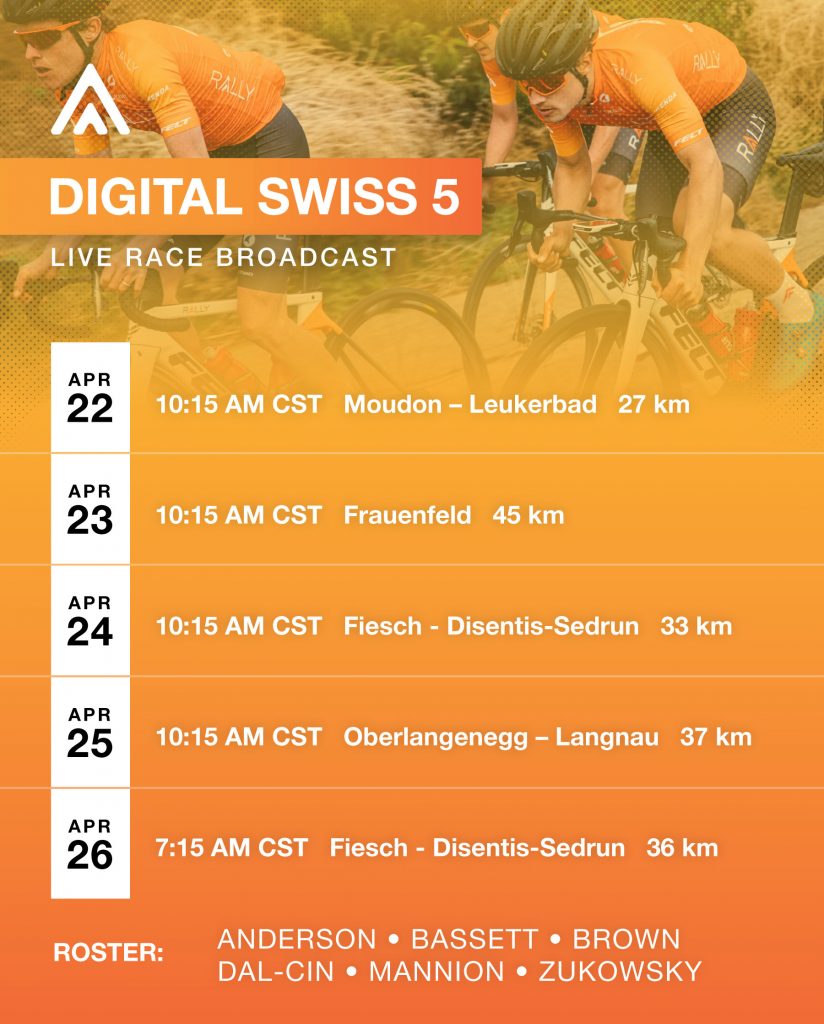 “We’re excited to participate in The Digital Swiss 5,” said team director Pat McCarty. “We’re a racing team, so it’s at the roots of how we’re wired. I’m looking forward to seeing how this will fit into the training routine of the peloton moving forward. It’s also a great opportunity for the guys to connect with each other from a great distance and feel like teammates again, something they all miss.”

McCarty recently previewed the race for FloBikes, the official broadcasting partner of the race in North America. Daily streaming coverage is available from April 22 – 26 starting at 9:45 am CST.

In preparation for the online race, the team held two practice events over the last week. They spent time dialing in their trainer setups, connecting to race radio led by McCarty, and putting the Rouvy software through its paces.

“Rouvy is a little bit different from Zwift in that there’s no drafting,” said Stephen Bassett. “The gradients are very realistic so we’re grinding in our easiest gear on the uphills but able to coast on the downhills. It’s going to be really hard but we’ve got a good roster and I’m looking forward to seeing how it goes!”

Virtual racing platforms have grown in popularity over the last few years but only recently have the world’s top teams, events, and governing bodies embraced it as a way to provide additional value and entertainment to partners and fans. 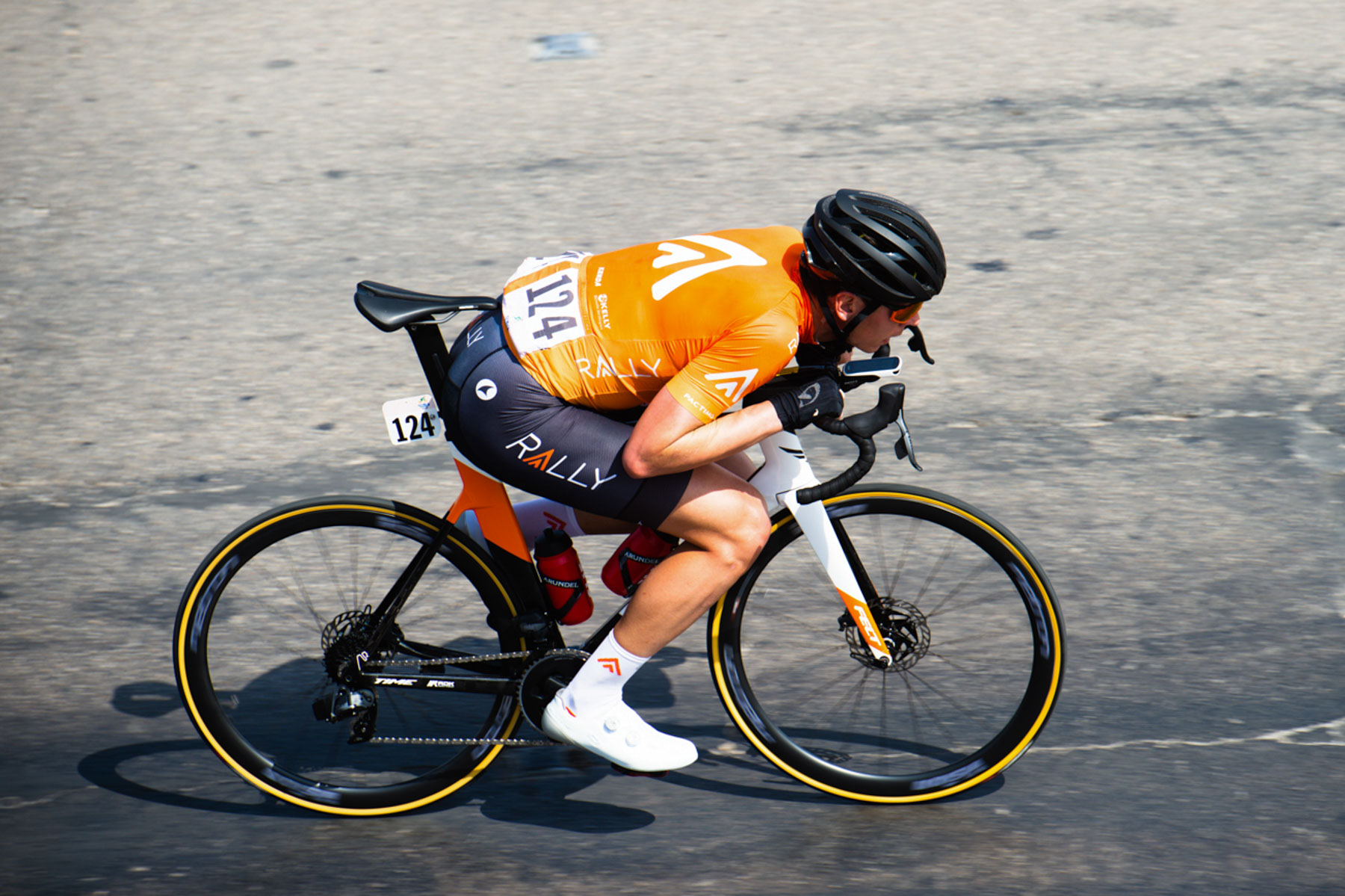