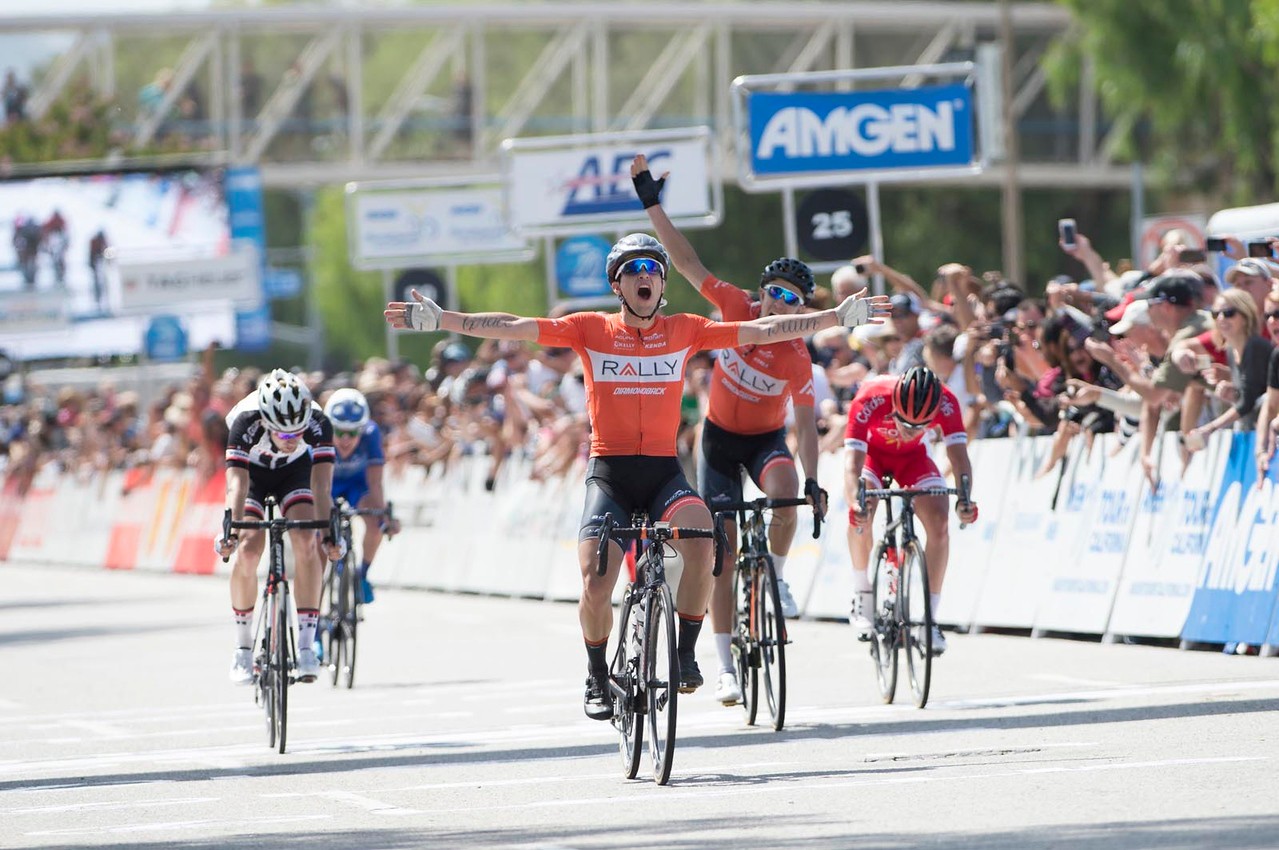 The Rally Cycling men’s team is proud to announce it will be joining the Professional Continental ranks in 2018, after eleven years of racing on the Continental circuit.

The move to cycling’s second division is a milestone achievement for one of America’s oldest domestic cycling programs. It means bigger races, a stronger roster, and higher expectations.

The team has begun revamping its race calendar, adding more excursions into Europe, but will also continue to target key North American races. The upgrade to Pro Continental status means access to a new level of international competition.

“Races such as the Tour of California, Tour of Utah, Colorado Classic and Tour of Alberta will be our main North American objectives in 2018,” said Jonas Carney, Performance Director, Rally Cycling. “Internationally, the move to Pro Conti opens up a lot of doors for us. It will allow us to pursue prestigious races around the globe.”

With the upgrade in status, events on the international WorldTour racing calendar open up in 2018, and the team is close to finalizing important invitations to start the season.

Learning to spin before you can sprint

Through 11 seasons of Continental racing, the team evolved into one of America’s best. 2017 was a culmination of a decade of hard work, and full of milestone achievements – Evan Huffman made history at the WorldTour ranked Tour of California, winning two stages. Rob Britton took his career to new heights, winning “America’s Toughest Stage Race,” the Tour of Utah. Sara Poidevin took an emphatic overall victory at the inaugural Colorado Classic, sweeping the jersey classifications in the process. The team also accumulated an unprecedented nine national titles in Canada and the United States.

Many of these wins came against the world’s biggest teams and the most talented cyclists. They led the men’s team to the overall title in the prestigious UCI America Tour, which features North, South and Central America’s top races.

“2017 was a year for the record books within our program, and we couldn’t be more ready to move up a division,” said Carney. “It grants us access to the world’s biggest races, and we have already proven we can compete on a global level.”

The upgrade is the result of a steady, purposeful progression since founding the program in 2007. At its inception, the team was known for its strength on the one-day criterium circuit, yielding a hard-fought underdog victory at the US Pro Criterium Championships in its inaugural season. From there, the team grew, hiring additional talented riders and winning on a consistent basis. In its current form, the team is not only a force to be reckoned with in the sprints, but a general classification powerhouse.

“When we started out, our strength was in leadouts, in executing as an entire team,” said Carney. “We didn’t always have the strongest rider but we knew how to give our leaders the best shot at winning bike races. We’ve used the lessons we learned in the early years of the program and applied those same principals to the current group of phenomenal athletes with spectacular results.”

Apart from winning races at all levels of the sport, the team has shared a message of health and wellness with fans around the globe. Whether it’s building bikes for charity, encouraging people to stay active, or joining forces with Rally Health Ambassadors, Rally Cycling follows through on its mission to embrace the goals of its partners.

“Our partnership with Rally Cycling is integral to our efforts to widely communicate the benefits of living a healthy lifestyle,” said Rhett Woods, Chief Creative Officer, Rally Health. “Not only does each rider serve as an outstanding role model for adopting healthy behaviors — sharing how the bicycle can help improve lives — each is also dedicated to giving back to the community. We congratulate the team on its progress towards the upper echelons of the sport and look forward to joining them on the journey.”

The team’s athletes and Rally’s members have a lot in common. They all make it a point to set goals and track their progress while achieving success along the way. The partnership with Rally Health has been a perfect fit for the team’s platform approach to cycling. For Managing Director Charles Aaron, 2017 will stand out in the program’s 11-year history.

“What we were able to accomplish this season was inspiring,” said Aaron. “We have always stayed true to the values and business goals of our partners, and that has led to long-lasting and successful relationships. We have always strived to be more than just a racing team. We want to inspire people to take positive steps toward improving their own health, hopefully by bringing a bicycle along for the ride.”