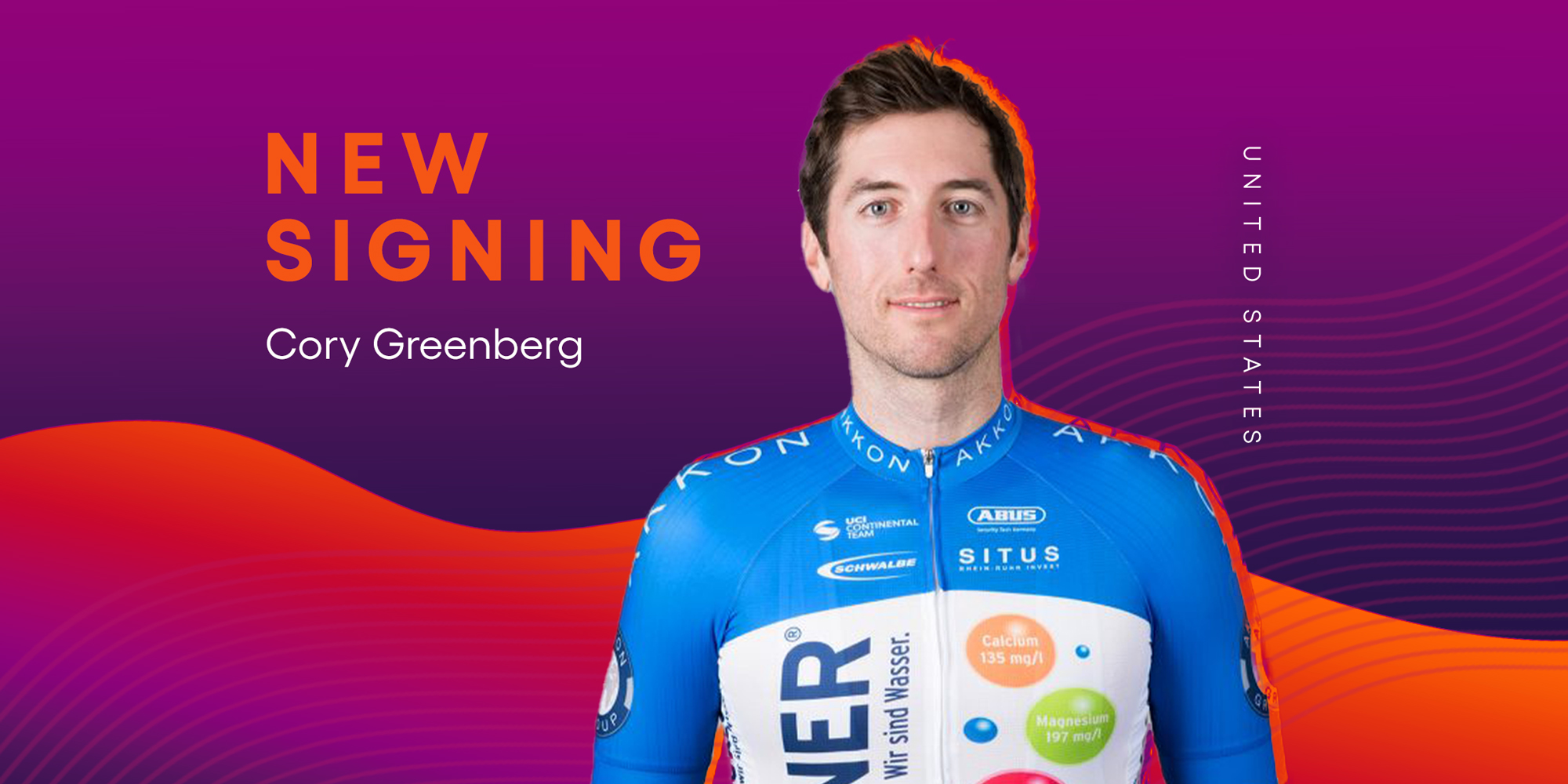 When Cory Greenberg was lying in a hospital bed battling a destructive disease that he was told made his dream of becoming a professional cyclist all but impossible, he had two choices: Let his world be dictated by a chronic illness or find a way back to the sport he loves.

“I’m not going to let this stop me,” he promised himself.

Greenberg’s story starts out like many other young cycling fanatics. Growing up in Thousand Oaks, California, Greenberg was inspired by the Tour de France as a child, so he bought a mountain bike and began competing in local events. Immediate success followed with both a state championship victory and Kenda Cup win.

He then discovered his true calling was on the road. When he crossed the line in the lead at the first race he ever entered, Greenberg realized that he might just have what it takes to emulate his heroes that he had grown up watching muscle their bikes around La Grande Boucle, 6,000 miles away.

One day, everything changed.

“I was hit with ulcerative colitis,” the 34-year-old explains, a long-term condition resulting in the inflammation and ulcers of the colon and rectum. A disease that causes regular abdominal pain and diarrhoea, for a young cyclist growing up in the world of semi-professional sport and having to use enemas and suppositories at a team camp, the situation was incredibly challenging.

“You’re surrounded by individuals in the team that might not understand that or find that to be funny,” he says. As a result, Greenberg became anxious about the disease and paid it less attention, resulting in hospitalization.

“I wasn’t able to do anything anymore, I couldn’t eat, I couldn’t sleep and when I could it was on the bathroom floor because I couldn’t leave the restroom,” he explains. “It’s a part of the condition which is incredibly embarrassing because you’re dealing with something that revolves around a restroom and there’s a reason we have a lock because that’s a part of society we try to keep away from public view.”

The doctors gave Greenberg two options, either they remove his colon or they try to manage it with medication. 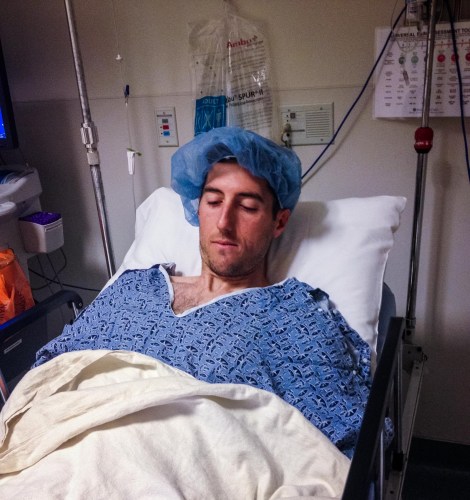 “It was a time in my life where I was laying in that hospital and thought, I’m not going to let this dictate my life,” he says. “Cycling has given me the knowledge of how to tackle a goal, how to get to a finish line.”

Greenberg looked at his situation as if it were a bike race. Managing his nutrition, mental health and preparation to hit a state of remission where the disease would not affect his life on a daily basis before getting back on the bike. He even structured it like a race by building a team around him that would help him to achieve his aim.

“Within six months I was racing the under-23 nationals and I actually finished,” he beams. “I was basically a ghost of my former self but it gave me the motivation to really figure out what was going on in my body and to never give up, to always move forward,” he adds.

Amazingly, through that journey, Greenberg was able to get back to better health than before as he began fine-tuning how to live and compete with an auto-immune disease. In 2015 Greenberg’s discipline in managing the illness was rewarded with a spot on the continental IRT Racing team and a year later he won the Tulsa Tough criterium and began competing overseas.

The diagnosis does not define you. You define yourself.

Having managed to get the disease in remission, he decided to take a sabbatical from the continental levels, dominating the amateur ranks before making his way onto a team in Germany, where he now lives with his wife.

At the height of the pandemic, Greenberg realized how his journey was inspiring others with auto-immune diseases and knew that as an athlete he had a real platform to spread awareness and change.

“That was the genesis for Ride4IBD,” he explains. “I don’t want people to be laying in that hospital bed like I was and thinking ‘what just happened?’ and ‘what do I do now?’”

In the United States, ulcerative colitis affects between 40 and 240 people per 100,000 but with millions of people around the world living with some sort of gut disorder, Greenberg’s mission is to illuminate the condition so it is no longer – as he puts it – “a social stigma-based hindrance.”

A platform to help individuals access the inspiration, resources and pathway through their disease journey, Ride4IBD follows the motto ‘ride, inspire, challenge,’ as a way of helping people suffering from the disease to challenge the aforementioned stigma.

“Cycling has the ability to interact with communities around the globe on a very grassroots level to tackle a condition that’s affecting people throughout the world,” Greenberg says. “So we have this unique platform to impact people with community engagement, whether it’s a mother who wants to ride with her kids in a park or the next athlete who wants to turn professional.”

Now in 2022, his dream has been realized with Greenberg joining Human Powered Health to race road and gravel as a professional, completing the 2023 men’s squad roster.

“I couldn’t sleep for the first two nights,” he reveals about his reaction to finding out the news.

Having grown up racing against the program, the step marks a full circle achievement for Greenberg as well as the opportunity to race for a team where “there’s a greater purpose to riding a bicycle.” 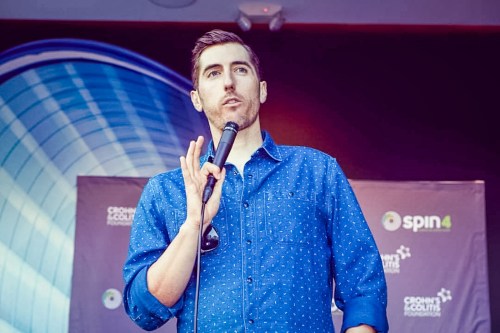 Greensberg spreading the word on IBD.

Taking the win at Tulsa Tough.

“For me, the team represents a message that is based around the empowerment of health and wellness for the individual,” he says. “There’s no other team in the world that captures the importance for not only people living with a chronic illness such as mine but individuals that are seeking to better themselves and are representing this greater health movement through cycling.”

A great match for both athlete and team, Greenberg hopes his standing as an athlete with IBD will show the power of the bike.

“To inspire the next person who might one day ride for Human Powered Health who is living with a chronic illness who might not think that this is attainable or even possible, that is my dream.”

Greenberg is also looking forward to working with Thorne and praises their at-home health tests as a more dignified way of diagnosing issues and then providing a pathway for people to seek better health and wellness.

The team represents a message that is based on the empowerment of health and wellness for the individual.

A domestique-rouleur, Greenberg has always been a reliable rider in the service of others as well as an athlete who can be sent into breakaways or ride for long periods on the front. His program next season will mainly focus on one-day races as well as gravel events, the team’s first venture into this exciting corner of the sport since Robin Carpenter raced Unbound Gravel in 2021.

“That’s super exciting because we’re now at the forefront of a new type of multi-discipline rider,” he says. “It means that we can have an impact in communities on multiple fronts so being able to not only race on the road but also on gravel, offers us the ability to achieve the mission.” 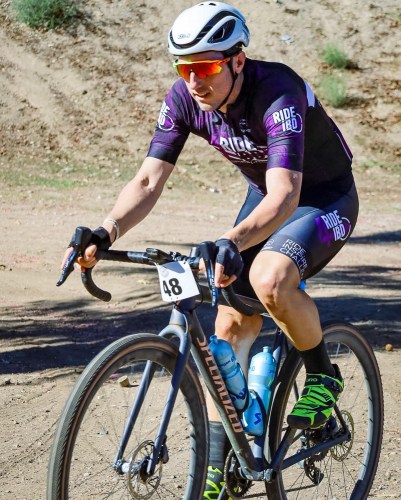 Greenberg will venture into the world of gravel. 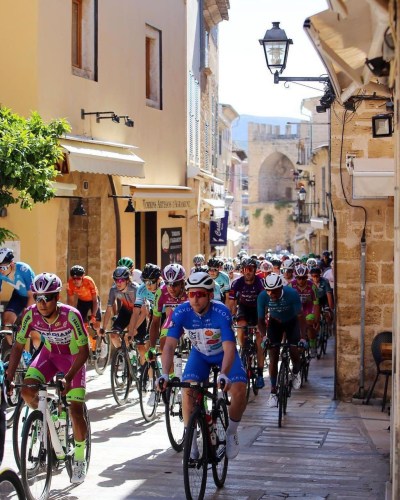 This will allow him to return to his offroading roots and also resonates with what he calls the holistic approach to both cycling and health and wellness.

“When the doctors said that they didn’t think that I could ride again, that was irrelevant, it should be can I ride again? Of course, I can and how can I move forward to educate myself on the opportunities to help me achieve my goals.”

He ends with a message to people who may be at the beginning of their journey with chronic illness.

“When you’re in your lowest moments, things don’t seem to be possible, but never forget who you are as a person and what you are because the condition, the diagnosis does not define you. You define yourself. I’m just Cory.” 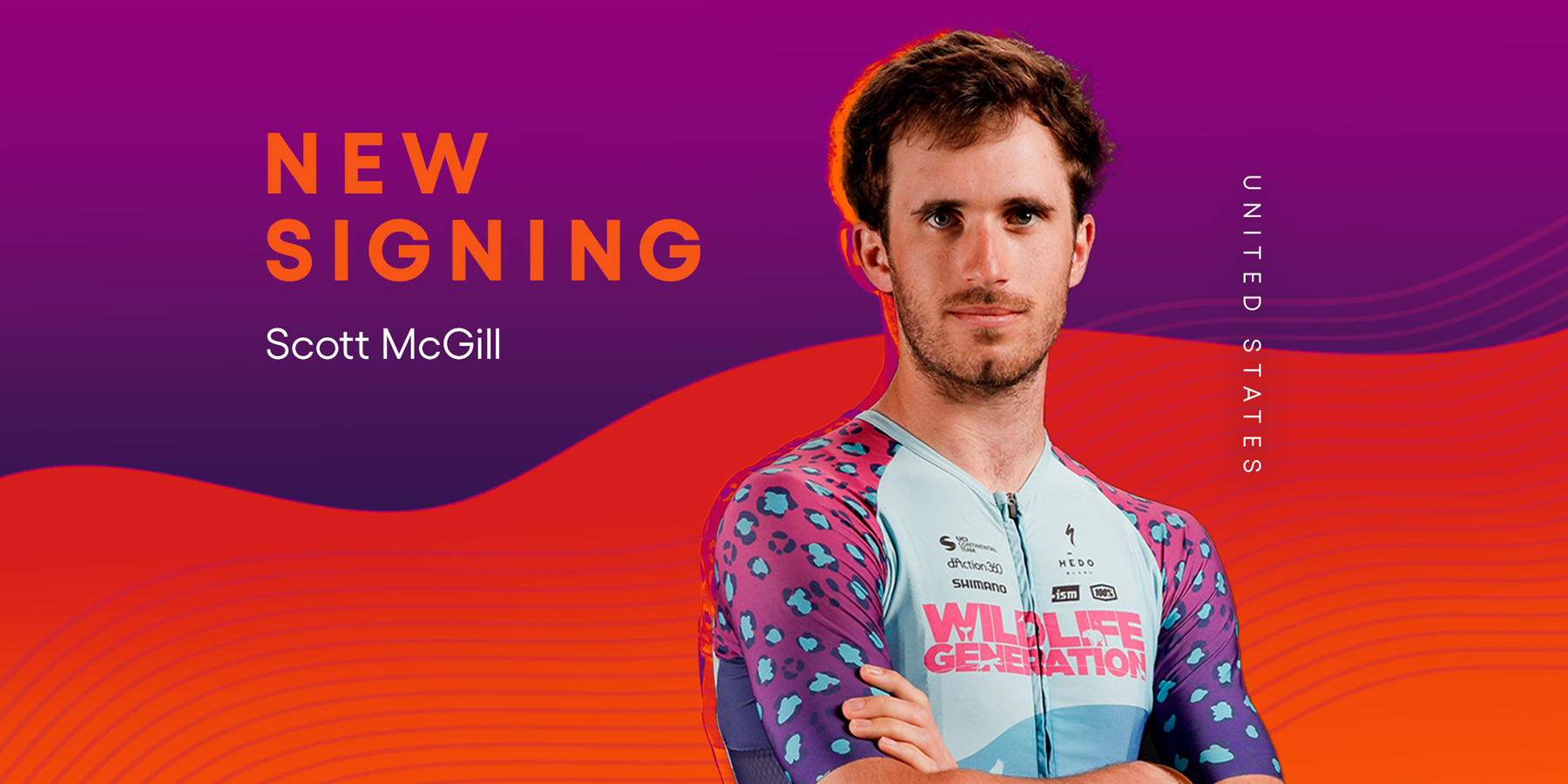