Rally UHC Cycling’s Robin Carpenter sprinted to second place in Paris-Chauny. Carpenter was part of a strong five-man breakaway that escaped the peloton’s grasp mid-way through the 204 km race and survived to fight out the win. In the end, Carpenter finished runner-up behind Total Direct Energie’s Anthony Turgis. 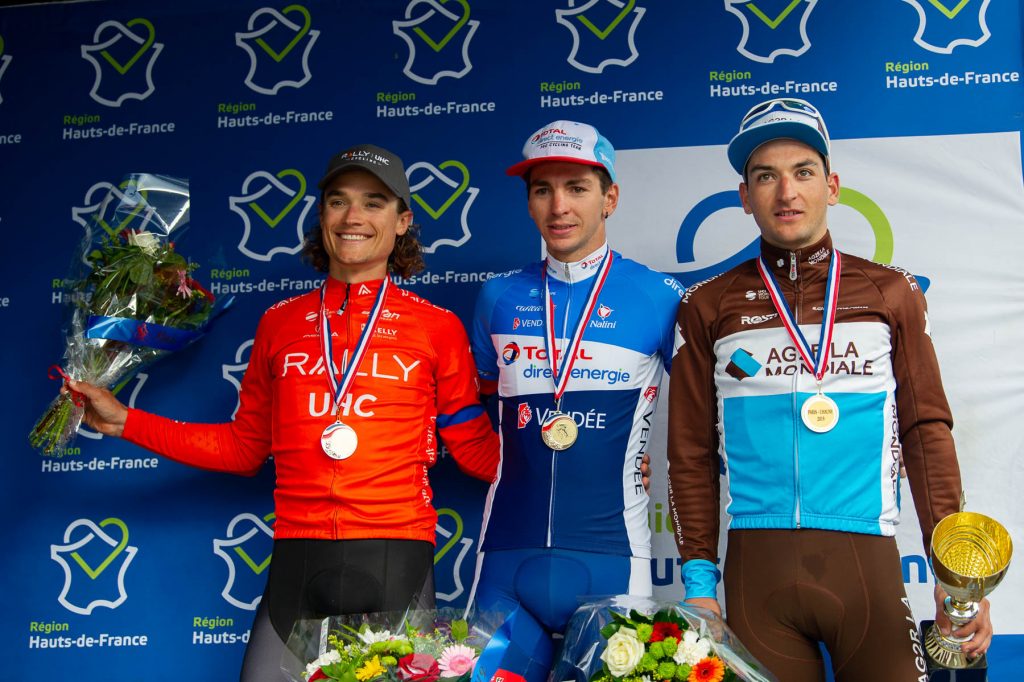 The result was Carpenter’s second French UCI 1.1 podium of the season, with the first coming during April’s La Roue Tourangelle.

“I’m really happy with the result,” said Carpenter. “It was a heavy day which is usually good for me. It came down to a three-up sprint and I played it as well as I could. I took a risk sprinting on the inside but got pinched a bit trying to come from behind but that’s bike racing.”

Paris-Chauny featured a leg-sapping nine categorized climbs. When Carpenter saw an opportunity 120 km in, he took it, attacking immediately following the penultimate climb of the race.

“All day it was a fight for position into the hills and crosswinds,” said Carpenter. “When I attacked, it became a build-a-break situation where those who had the legs and were in position, all came together off the front.”

Carpenter credited his teammates for constantly pushing each other out on course.

“The team rode well,” said Carpenter. “Everyone was really attentive and kept a good position for the crosswinds and the hills. You can tell people are motivated and inspired when they keep pushing to join their teammates at the front to help out.”

Following his withdrawal from August’s Arctic Race of Norway due to a knee injury, Carpenter has been on the comeback trail since.

“My knee issue seems to be behind me,” said Carpenter. “I haven’t raced much this summer so coming into this racing block I was on the fence about my fitness. Today it felt like I was on the edge of blowing up all day but I guess that’s what it’s like when you’re in a position to win one of these things.”